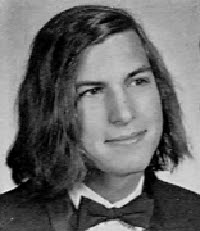 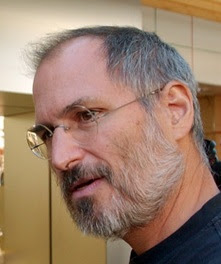 Fred Wilson, one of the with it VC's (in my book) blogs in two posts about entrepreneurs in their 40's and 50's doing startups. He addresses it in two posts. In the first he says:

One of them asked me - do you know any 45 year old entrepreneurs?

Yes I do. But only one of the entrepreneurs in our current portfolio is older than 45. And he'll probably be starting companies until he dies. It's what he does.

But the facts are pretty eye opening. Nine of our eleven entrepreneurs are in their 30s. One is in his 20s, and one is in his 50s.

And man did he get some great comments! In the second he concludes with:

So I don't have any really good advice for the mid life entrepreneur going through a "what next?" crisis. But one thing I'd say is try to think like that late 20s/early 30s entrepreneur doing it for the first time. Don't let everything you've learned get in the way. Go for it with gusto and don't think too hard.

Bravo Fred! I couldn't agree more. The key is keep the sense of 'it's possible' in the forefront of your mind at all times. As you age, and collect the scars of war that day to day business brings, you learn to avoid things. You collect things, assets, family, responsibilities that make taking risk a little more difficult. That can be the death of having an entrepreneurial spirit.

Sometimes, 'fools rush in' is exactly what it's all about. Sometimes, a fool that doesn't know better (or chooses not to know better) is exactly what's needed to create something truly great. To have the balls to think they might be able to change an industry or maybe create a new one. To believe that they might be able to use technology to democratize some capability out to millions of people that was once controlled by only a few.

When a 23 year old Steve Job's creates Apple Computer, mostly because he doesn't know he can't and that the odds are completely against him, and again, an 'in his 40's" Steve Job's takes a has been company slowly on it's way to irrelevance that's had the shit beat out of it by big bad Microsoft and revitalizes it into one of the hippest coolest (and most financially successful) companies in the tech world, it's because he didn't let the world beat that 'it's possible' thing out of him. When he was young he was often described as mercurial, arrogant and haughty. Today... Is he older and wiser? You bet. But he never lost his sense of 'it's possible'... in his case, to change the world. To make a dent in the universe. And yes, he's still mercurial, arrogant and haughty. And for Jobs, maybe that's just what it takes for him to keep at it, to believe that it's possible.
at May 02, 2007