I commend Julius Genachowski, Chairman of the FCC.  He wants to see a 'Gigabit City' (1000 MB internet connections to homes and businesses) in each of the 50 US states, by 2015. 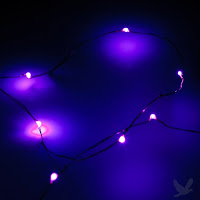 But there are two big stumbling blocks in the way.  First, how does this get paid for?  Is the federal government going to help jump start this by providing infrastructure funding to help?

Apparently not.  At least, there are no plans for it at present.

Second, how do you get around all the laws being passed nationally that make it illegal for a municipality to install a gigabit network for it's citizens?  I live in Colorado and we have a law like that here that Comcast and it's friends paid off some state politicians to put into place.  The premise was 'government shouldn't compete with business'.  It makes it illegal for a municipality to put in place a Gigabit Network without first having a special election and getting the majority of the population to vote in building the network.  Comcast then comes in, funds an astroturf group, and scares the hell out of the population with BS stories about raised taxes and failed efforts by other cities to scare the population into voting against putting in a data network utility.  Sadly, many of these 'failed efforts' stories are true.  Why?  Comcast made them fail by going into these cities, cutting prices to below what the cost was for the city to build and fund the network, and ensure things like municipal bond issues designed to pay for a city owned high speed data utility would fail.

When business provides the least possible service for the most possible money, and kills off anything that might compete with it, that's not doing your economy, or your citizens, any favors.  Data networks are no longer just another business service. They are an essential utility service.  I don't want to trust that to just one company per city.  I'd like some competition, even if it's the city itself providing it.

These companies need to either embrace the opportunity and build out ahead of what they say demand is, or get out of the way.  Currently they're not embracing anything, and they are not getting out of the way (they are actively blocking it at every opportunity).

There needs to be a change at the federal level outlawing these 'cities can't play' laws keeping them out of building data networks like the Gigabit Cities our FCC chairman (and many others, myself included) want.  This is something the FCC can do now:  Campaign for a change to these stifling laws being put in place through private lobbyists, state by state, paid for by Comcast, ATT, Verizon and all the other usual suspects.

If our government really wants to jump start America's ability to compete and innovate, building super high speed data network utilities is one of THE best ways it can do that.  The prescription is simple:

1) Provide real federal funding to municipalities to build out gigabit fiber to the curb for homes and businesses. Treat it just like building out highways for our cars.
2) Repeal (and make impossible to enact) these truly stupid laws that keep cities from building their own data network utilities.

It's really pretty simple.  All you have to do is help pay for it and tell Comcast and friends to get out of the way.

The result will be an incredible jump in the vibrancy of our economy (local, state and national) and you'll see an explosion in the expansion of knowledge and the ability of our workforce to do things no other workforce in the world can come close to.

Give people the infrastructure and they'll build on top of it.  They'll build products, services, companies, institutions and communities you can't even imagine today.
at January 21, 2013 No comments: