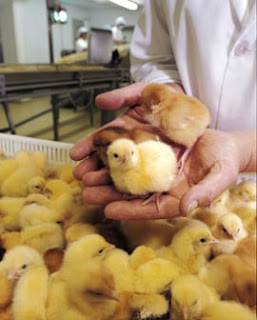 I've been watching what Brad and David are doing over at TechStars and I think they're really onto the right model. I've heard David say that it's the evolution of angel investing, and I think he's right. Especially in the high tech/internet/media sector.

I look at what I've done with ClickCaster, which was a traditional angel model. First the founder invests his own money/time/resources to get an idea to a certain point (a team that delivers, a market identified, a beta product in production) and then he goes for either angel money or VC money depending on how big his/her plans are. In high tech/internet, with the costs to get to the next level so low, it's usually angel money. Certainly less than $1m, and usually half that; call it $500K average.

So I'm an angel investor, and I've got, say, $50 or $100K into an angel round of an early stage startup. I've put a pretty fair amount of betting money into this one deal. Is that good? Is it the most efficient way to invest money on high risk ventures? Until recently, I'd have said yes. Now, I'm not so sure.

David Cohen's TechStars is bringing in 10 groups at $10-15K investment each. Invested amount of around $150K total. Another $50K for things like creating a space for 3 months for them to work out of, maybe some datacenter setup with servers and bandwidth everyone can use to prototype on and some computers in the space they'll work in.

$200K. 10 companies. 20-30 hungry and foolish entrepreneurs with big dreams. Out of that you're likely to get 1 or 2, maybe 3 real companies that get their claws dug into a real market. For the money put in, you get 5-6% of the company. But they've been seriously vetted to get there. Maybe 200 applicants for 10 slots of which 2 companies will emerge. That's a hell of an efficient tunnel that happens in very short order (2 months to screen the 200, 3 months to screen the 10). Get your other legal, data center, entrepreneur and angel friends to help out and, man, you've got a wisdom of crowds market that, I suspect, kicks ass on the traditional angel investing or even early stage VC model.

Old news to many of you I'm sure, but here's what's new news (at least to me).

I put in about $200K of my own money for ClickCaster and a couple of years of my life (so far). I'm over 40, I've got some money to bet, I'm reasonably smart. I've been involved in starting things for a couple of decades, I'm well versed in the high tech/internet space and I want to get involved in the startup world.

Would doing a hatchery have been a better approach than focusing on a single company? Should a guy like me do this as opposed to a single focused startup with that $200K?

I don't know the answer, but I would bet big that several thousand guys like me, and angel investors who already have networks of friends, VC's and resources needed to do startups, are having this exact thought right about now.

They're watching TechStars and Ycombinator and the other hatchery's and looking to see if this way of filtering ideas, people and markets is the best approach for this particular investment sector.

If I were an entrepreneurs or angel investor (or a wanna be) who was looking for what's next, I'd want to talk with David and gang, get the initial formula/playbook (and blessings), move to Austin, Santa Fe, Iowa City, Portland or any of a couple of dozen smaller cities with high quality of life, a university, get plugged into the local scene and fire it up.

One side note on Hatchery's vs. Incubators:

David likes to point out this is not the old bubble days incubator approach. An incubator owned a larger percentage of the companies, was more deeply involved in the day to day business and didn't have a well defined near future endpoint when the money stopped, dead, and you were kicked out of the nest to live or die.

A hatchery is fast, ruthless in it's selection process and, after everyone involved votes (by what I can tell, with angel or even VC money) shuts down the 7-8 companies that didn't make the cut and does everything it can to help the 2-3 survivors.

I agree that the TechStars model is really compelling, but I think the limiting resource is dedicated mentors. It seems like Boulder has a good group of successful entrepreneurs with a community spirit. I think that would be hard to find and replicate in other locations.

Interesting to read this 6 years later. It's being replicated all over the world so I'm standing by my original statements on this one.

had to put this somewhere so I wouldn't lose it