Pretend your in a startup... get the girl 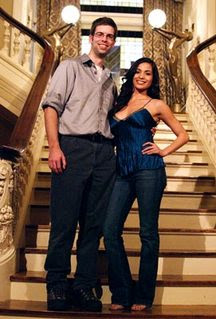 When I was in college, guys usually pretended they were in a band. Now, they pretend they are in a startup. The times have definitely changed.

Dustin, one of my developers, send a link out on a blog posting about how college kids are pretending to be doing a startup company in college to... get this.. pick up girls. The whole story's on BusinessPundit.com.

David Cohen talks about how the real value in startup land isn't ideas, it's the ability to execute.

I think he's right, but I'd also say that.. at least for the time being.. just an idea (and a photoshop mockup) might actually be useful for at least one thing that's important to every guy in college I've ever known.
at February 09, 2007 No comments:

Turns out the Internet really IS a series of Pipes 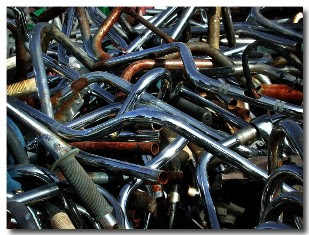 This is a big deal. But it's only going to be interesting for the slightly more geeky among us for the time being. Give it time though. It's a paradigm shifter. It'll seep into everyday online life for all of us soon.

The creator, Pasha Sadri, says this:

"I believe that feeds are a mechanism for content/information distribution. Pipes (or similar services) allow consumers of feeds to get more refined (ie: high quality) information out of them. This means that the publishers in return will get more qualified/interested readers of their content. So, I believe that publishers in general will benefit from having another mode of distribution for their content."

I think that for those watching, in a few years (maybe less), we'll point back to this as one of those moments when the RSS world and the cool and useful things it can do for us moved from the realm of geekdom to the world of the average user. For more read:

Investing as a dating strategy

This is interesting. I've got some friends that are dating. They have alot in common but wanted more in common so they both invested modest amounts in an angel investment round for a startup. It seems to be going well for them but I'm curious if anyone else thinks this is a good idea or not. If so, why? If not, why? Would love your comments or drop me an email directly at scott dot converse at gmail dot com.
at February 07, 2007 1 comment: