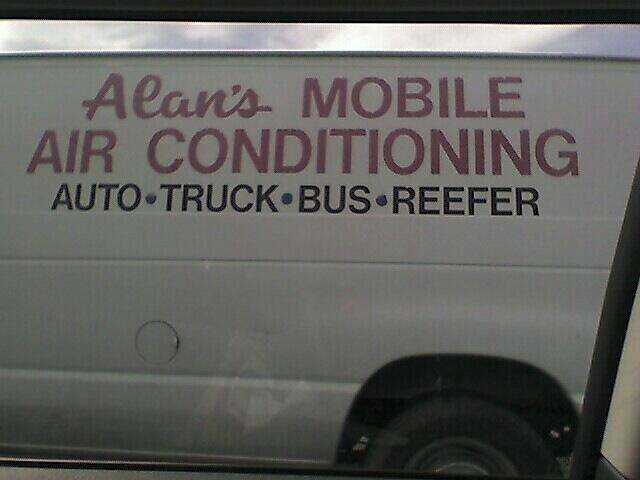 This is a completely undoctored photo. I'm sure REEFER is some sort of HVAC reference, but it still made me laugh.

The trajectory of our lives

The last couple of days has been interesting. It's made me think more about how our lives trajectory can be so varied, and so different, than we imagined.

I'm sitting here in the hotel that I first sat in back in 87 when I interviewed at Apple Computer, about a 1/2 block up the street. Back then I was full of fire and passion for Apple and for technology. I was hired and I had a great time.

Here I am, 18 years later. Many of the people I worked with back then have gone on to great financial and personal success. Many are independently wealthy (some at an extreme level). Many are still just regular joes working for 'the man'. Some are just scraping buy.

I had a chance to sit down with one of these folks for a quick bite and a chat. He's in his mid 40's. He and I worked together for, I don't know, 3 years (?) on eWorld at Apple. He went on to form a startup (internet bandwidth manipulation hardware) and cashed out just before the bubble burst (well, cashed out 'enough') and kept the company going (it was 'real'.. i.e. not a flaky concept company as many where back then). He's now semi-retired, altough still active in his company by being on the board.

Another guy who I worked with, in the same group at the same time, about my age, and who should have been the guy (out of all of us at Apple during that time) that went on to mega-billions and global fame sort of flamed out. Lives in a condo in the Valley here. Runs a small consulting firm. Divorced. Single. Doing ok, nothing special. His work is the same stuff he was doing10 years ago when he left Apple, just smaller in scale. Although I didn't talk to him personally, several others who know us both have told me pretty much the same story. He cheated, got caught, got divorced, got fleeced and is now 'a regular guy' just living a life like everyone else.

Not so bad, really, but far far less than the dreams he had.

I'm sort of inbetween these two. Also had the dreams, never cashed out for millions, but I'm OK moneywise. Can't retire, but can be picky about what I do and not work for long stretches if I want. Like my friend above, I divorce (although for different reasons... one was she had already spent everything we had before the divorce, after the divorce was done I was better off than when I was married). But similar.

I passed on several startup opportunities, and several bigger company but still higher risk jobs that all would have put me into the 'very wealthy' area if I'd taken them over the trajectory I chose.

So, who's really happier? My rich buddy or my working but single and somewhat happy buddy?

The evidence says: yes. If you're married with kids, and you've got your timing down reasonably well, you're much more likely to be one of the guys who cashes out at the right time and does the early retirement thing (or goes on to do REALLY big stuff, like what Google's doing right now.. creating, in effect, a privately owned, publically available global internet subnet).

I guess I just wonder if my trajectory, considering I'm an undisciplined college dropout, is one I'm really happy with.

All things considered. Yes. I am happy with how things are and where they're going. I have a fun consulting gig that pays well and doesn't control all my time. I have a startup company that's building a great product that I think can change the face of audio and eventually, video media and I work with some really interesting and fun people.

I don't want for anything material, but, I do miss my son and that family thing that I had a taste of, but didn't really get to fully experience. Now, at 47, it's really too late to start that one again. Yea, I know, I could, but I also know I wouldn't be happy doing it from scratch. I really do enjoy the freedom of being single and doing and going where I want when I want now. It's a trade off, certainly, but one I think is the right choice.

So, I continue on my original mission I set for myself decades ago: The leave this world just a little better than it was when I came into it.

And with that said.. off to another day of doing my best to make the world 'just a little better'.

Yea.. it really is a blur 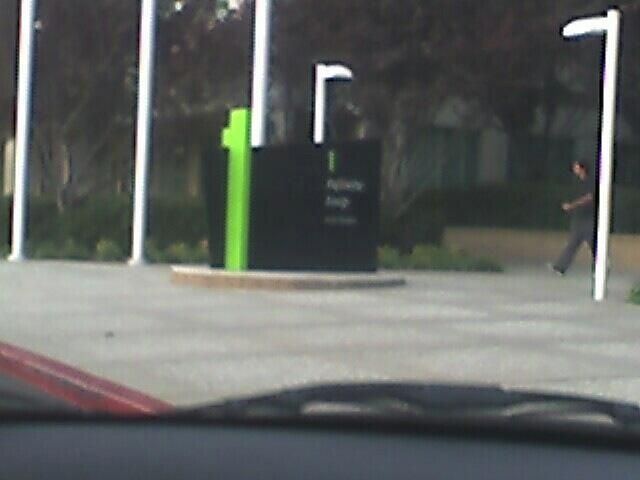 Oddly.. this sign (in front of 1 Infinite Loop, the main Apple building in Cupertino) looks all blurry and out of focus all the time.. this is it's natural state.

1 Infinite Loop- The Center of the Known World (well, at least to Steve) 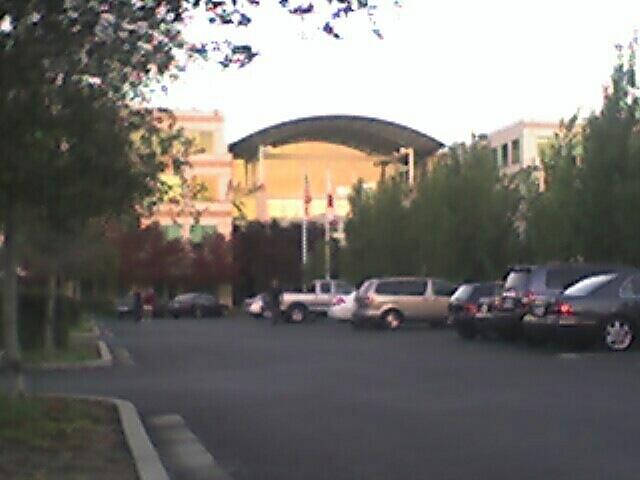 And here you have Mecca. Well, sort of. For those of you that are Apple Computer inclined, this is a view of the man entrance to 1 Infinite Loop.. the main Apple Campus. This is where your precious iPod was invented and where your operating system lives. Interestingly, as soon as I snapped this picture, a white jeep with rent a cop lights pulled up behind me told me to CUT IT OUT... even when I explained: hey.. I worked here for a decade and this is for my blog. He didn't care. Guess I'm going to learn some sort of super secret bit of knowledge by looking at the building from a quater mile away. Go figure. 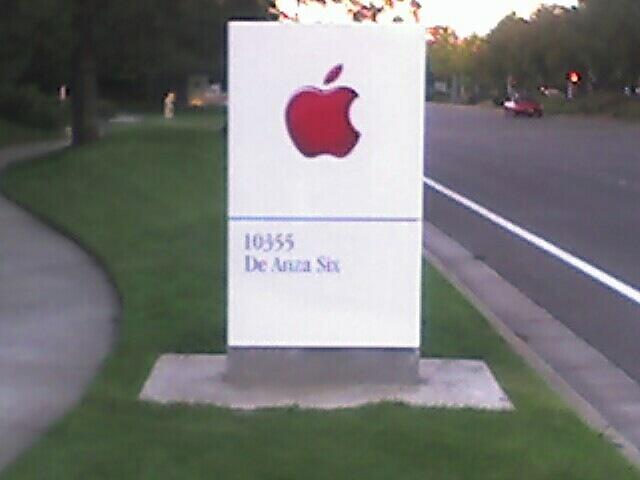 Here's where my life at Apple started. Building six on the Apple Campus in Cupertino. I find myself, this week, in the area that I spent about 10 years of my life while working at Apple Computer. This is the building that I spent the first 5 years in. DeAnza Six. Interestingly, Apple was the most fun (and the first 5 years the most fun of my time at Apple) that I've had in my adult work life. There was more IQ per square foot at Apple in those days then anywhere on the planet. And more creativity. And, damn, more highly intelligent/educated beautiful (under 30, everyone's beautiful it seems) people that I can remember ever seeing anywhere. And, of course, we were all single and having sex in the stairwells between meetings.

Ahh.. life in Silicon Valley back in the good old days.

An Open Letter to the Users of Rebates:

To all you company's using rebates on your products to get people to buy things.

When I see a 1GB SD card for 'only' $39 (after rebates) I skip right on by. I ignore the ad, delete the email and keep walking by the disply. I know I have, if I'm lucky, a 1 in 5 chance of getting that $50 rebate. That, assuming I go to the trouble of filling out the paperwork, finding the secret bar code on the box and including my original reciept and mailing it to you. Actually getting around to filling out the rebate is only a 50/50 chance thing for me anyway, so that lowers my chances to 1 in 10 of getting that money back.

And, if it's a small rebate, it's even less likely I'll get around to it.

So quit thinking we're fooled by this stupid scam.

When I buy a product nowadays, I NEVER EVER count the rebate into the price. I always figure the price to be WHAT I PAY AT THE REGISTER or ONLINE CHECKOUT CART. Period.

Here is a partial list of companies that have denied me a rebate for reasons that simply make no sense (like: you didn't include the right version of the bar code, even though there was only ONE on the box):

Don't bother guys. We know it's a scam. And we're dead sick and tired of it. 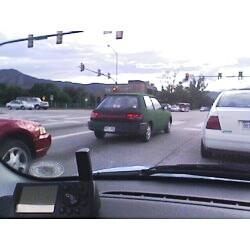 Notice the odd color of this car. Notice the texture?

IT'S COVERED IN GREEN ASTROTURF. 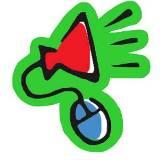 We started this in Jan, but we didn't have a development team with the right set of skills. It wasn't until about 2 and half months ago we got the right guys in. Shaun found Matt, Tony and Brandt and man, what a team. In 60 days they've moved mountains and we're about 90% of the way to a basic product. Beautiful.

Check it out at: www.clickcaster.com
Use the invitation code: revolution
(you'll need that code to get an account set up for at least the next few weeks.. open beta sometime in October).
at September 15, 2005 No comments: 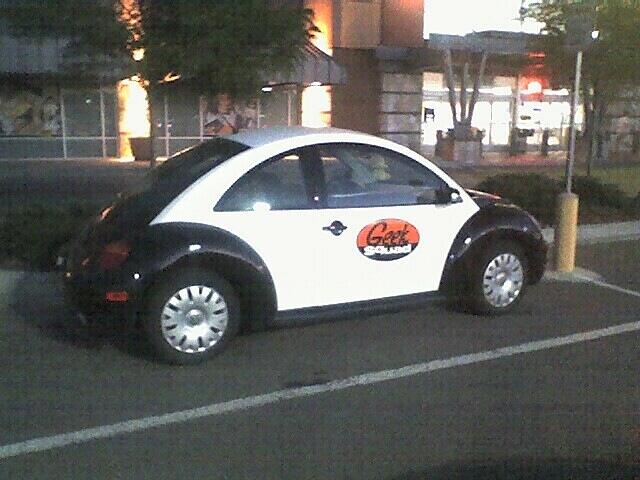