Your over 40 and you want to start your first company. Now what? 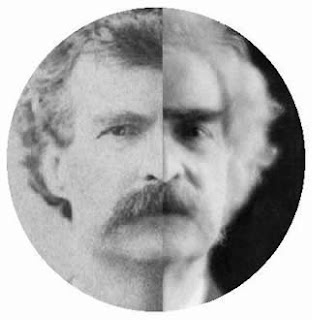 OK, I've been doing this for a couple of years now and I've had enough people ask me about the experience that it's worth writing up a blog post on my observations for folks like me who are over 40 who want to do their first startup. Fred Wilson's post on mid life entrepreneurs (which initially implied it was less than positive to be an over 40 startup guy, then backed away from the premise in a second post) also got me thinking that this might be useful to the people that are thinking of doing this but aren't sure of what it takes.

There's a followup blog from Paul Kedrosky about how he disagree's with Fred and how the average ages of entrepreneurs is actually pretty broad. He blogs about it here. Some interesting facts from Paul's post.
So, here's how it worked for me (disclaimer: I'm just making observations based on my own single experience doing this to date. Take it all with a grain of salt):

1) Having a balanced life and doing a startup isn't an easy thing to do.

See my post on early stage startups and normal lives. I know this may scare some of you away (and piss off some others) but I'm sticking to my guns on this. Startups are hard work and if you want it to fly, it's going to take up your every waking moment in one form or another (actual work or thinking about actual work). This is likely to be the hardest thing you'll have to do since you've very likely gotten comfortable in life. There will be many late nights and weekends when you think: what am I doing? Is this worth it? For those of you passionate about this, the answer is, of course, yes, but you'll feel it nonetheless. Key word there: Passionate. You've got to have passion for what it is you're doing or you'll burn out long before you get to where you need to be.

2) Assume you're going to self fund the first year. Maybe longer.

If you've spent the last 20 years working in big companies (as most of you first time wannabe startup guys have) you haven't built the network you'll need to get funding (Angel or VC). It's just that simple. The good news is it takes a lot less to get a startup to the point where you can get outside funding compared to a few years ago (now: $100K-250K vs. several million a few years ago). I know of some people that have done it for a few tens of thousands. The other good news is that having been around for a couple of decades, it's likely you've got some assets to draw on. Now's the time to do it. Form a corporation or LLC, open a bank account and put $X into that account. That's your funding and it will determine your ramp (how long you have until you either start making money or get outside funding). Assume that money's spent and be disciplined about spending it only on your new companies needs. The goal here is to make it last as long as you possibly can. Then, build your team (which is an art requiring an entire post onto itself and I'll write that up in another blog entry in the near future).

3) As soon as you decide you want to do this, start talking to VC's and Angels in your local area.

If you're not in an area with VC's and Angels, consider moving. Seriously. You're new to the game and they're going to want to be close to you. Count on it. Assuming you've got a good idea, and some chops (exec for a fortune 500 company, key person in a smaller company, impressive resume of experience/accomplishments, etc) , all good VC's will find time (30 minutes) to meet in a 'no harm no foul' type meeting. The second way is you very likely know someone who can introduce you to a VC (this is the best way and how I met our lead investor and chairman, Brad). Maybe have a low key lunch. If you like them, stay in touch. That's it. Just stay in touch. Do not ask for money; you're not ready anyway. Ask for advice on your idea and people you might talk to. You need to show you can do something other than dream.

Unless you plan to fully self fund, this really is important. You really need to spend a year or more building up a list of contacts with people that can help you and that you like and who like you. No one's going to fund you cold (unless you've somehow hit the right product out of the gate and built up a real business with revenue and profit already flowing).

Chances are you don't need $3M plus (VC territory). Concentrate on networks of angels (<$1M).

This is where I made a real mistake in starting my current company. I did the benevolent dictator model where I funded everything and kept a tight rein of control on everything. We built some kick ass technology and saw some market success, but we didn't really nail the business side. I'm good a certain set of things and I'm weak at another set of things. I made the mistake of thinking I'd learn the stuff I hadn't done before on the fly. The reality is: you won't have time to learn the stuff you need to know when you need to know it. Yea, to a degree you will by fiat, but not enough. Find 1-2 folks you like, respect and want to work with and who compliment your skills. Essential. It's also going to be easier to get funded. Investors like teams that are filled out (at a minimum: a technology person that can make things real and a business person that can put together strategy and develop new business).

You've got an idea that's been put together into a working prototype (in today's tech world where I'm focused, that's a website with at least an active base of 'beta' users-usually 'at least' ). There's a degree of buzz about the area you're focused on. You've been in touch with potential investors for a while. You're running out of your 'I'm comfortable that I can lose this' money, or you really need to expand quickly and just can't bootstrap it. Now's the time to talk to your contacts. Tell them you're at a crossroads which is, usually, go forward and get funding or shut it down. If you've got something real, you've got a team that can actually build and deliver and you've got a market that looks interesting and you've got smart potential investors, ok, cool. Ask them to lunch and give them the pitch. I won't go into the pitch, but the reality is, it's more about you, the team and your tenacity and dedication at this point. That'll show, or it won't. They'll make a decision largely based on that.

On the flip side, don't wait too long. When it's looking real, don't hesitate. Call your folks and set up a meeting and lay it out. If you wait too long (i.e. too many competitors, someone else gets in the door first, etc.) you might miss the chance. As with everything, it's all about timing. And you'll find out pretty quickly if you have what it takes. Or not. Better to shut it down now than dropping another $100K of your own money to keep it going when it's not going to fly.

Easy to say, hard to do. I was lucky this way. Our lead angel investor, Brad Feld, also happens to be a VC and he's known as a guy who knows how to make bets like this. He's very smart, very likable and we were damned lucky to met him and click with him. Our angel round last year was a flurry of meetings between myself and his network of angels. I think something like 85-90% invested after initial meetings with me. It wasn't really me who sold it... our lead investor being involved sold it. The people you pick to work with are going to make or break your ability to get funding beyond your own bootstrapping. Pick early, pick wisely, and sincerely develop the relationship over time. And don't forget, you've got friends that can invest as well. Maybe not at the level a professional or serial angel investor would, but some. Pull them in too. Every little bit helps. The process for us was about 60 days from go to close. The reason? Our lead investor is a rock star in his field.

7) Getting the money is when the real work starts.

Up to this point you've likely been running your own show. No more. You're now going to have a board of directors and they're going to help you run your company. This is (initially) a big shift but an essential one and something you should prepare for. Your board is going to be made up mostly of your investors and they are a true wealth of wisdom and experience. Use it. And get ready for the ride of your life.
at May 03, 2007

some great points and right on target - no pissing about and waffly language that I've seen elsewhere.

I'm not concerned regd. the 40 bit (irrespective of the surveys etc.) as its not about age, more about capabilities, passion and how u can deliver on it (so u may need an extra body).

Self funding is key if u havn't go the traction, connections and history to go knock on some doors and get some 'interim' funding.

Building up the contacts and the timeframe is good advice. Getting another founder or two is essential. No-one can do everything and although as u indicate u'll learn, often its by osmosis and u ain't going 2 have the time 2 learn all the dot the i's and x the t's when things start moving; hence get founders that can fill in your gaps (marketing, sales, bus dev, technology, financials, whatever).

Having an investor thats really knowledgable, well connected, will become lead on A/B round etc.. is golden. Good 4 u.