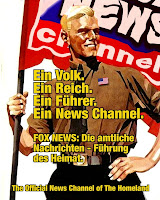 If Ms. Todd’s allegations are proven accurate, some voters may revisit their support for Senator Obama, not because they are racists (with due respect to Rep. John Murtha), but because they suddenly feel they do not know enough about the Democratic nominee.

If the incident turns out to be a hoax, Senator McCain’s quest for the presidency is over, forever linked to race-baiting.

I think Fox News just called the Election for Obama.

Thanks to Brad and Amy. I didn't know there was such a thing as a Wordle before.
at October 26, 2008 No comments:

Well done video on Powell's endorsement of Obama and well worth the slightly over Five minutes of your life it'll take to watch.

I can't say I love Colin, not after his show at the UN claiming 'Iraq has WMD's', But this helps. And, he is definitely a Republican that other Republicans and conservative independents listen to.

I also think his statement that Obama's a Christian, has always been a Christian but, what if he wasn't? Why would it matter... is so dead on, so obvious and so the right thing, I have to say: hats off to the man. It's about time someone stood up for what America really stands for.
at October 20, 2008 No comments:

When Crude Oil prices go up, the price at the pump goes up, next day at the latest.

What does an 83 IQ score mean to you? 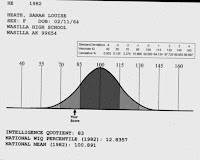 The average IQ for an American Citizen is slightly over 100.

Apparently, this is Sarah Palin's IQ as a high school student.

The original is here. It's a background report on Sarah Palin.

Her SAT scores are bottom of page 3. IQ scores top of page 4.

Warren and Charlie mix it up

There's an excellent interview with Warren Buffet up on Charlie Rose's site.

This is the full interview (almost an hour) but worth it. He isn't called the Sage of Omaha for nothing.
at October 06, 2008 1 comment: