The BBCs remit is to serve the public. There have been several commissions over the years to define what "public service broadcasting" actually means. The most recent one reiterated some of the old definitions but added that part of it was to serve the needs of people who are not normally served content. This is why they show niche content. It's their purpose.

(If you want to know more about the benefits of public service broadcasting keep reading. It's all half remembered knowledge so sorry if I fuck anything up.)

This was part of the reason Channel 4 was created. The goal was that small cultures and subcultures within the UK would be served. Afro-Caribbean, Irish, Asian, Grime, Garage etc. That's why Father Ted (Irish) The Big Narstie Show (grime) The Kumars at no. 42 (Asian) and other shows were commissioned.

And guess what happened? They were successful! The prevailing wisdom was that you aim everything at the largest possible market. And more specifically with commercial television the richest, youngest market. But these shows could be huge.

What happened was they would capture a huge portion of these target markets and that was enough people to drive the other markets that the show wasn't aimed at to embrace it. 2 Irish lads in the office talking about how funny Fr. Ted is and soon enough it's one of the biggest shows in the country.

So what happened next? Commercial channels noticed. Moone Boy (irish) The Kumars(asian) on sky and other commercial channels and other shows tried to capture that success for monetary gain. Not to mention stuff that wasn't designed for minorities necessarily like natural history programmes and good quality current affairs content. Sky and Netflix now do great natural history series. It never would have made financial sense until Planet Earth was one of the most successful BBC series ever.

A good public service broadcasting system raised the quality of ALL broadcasting. It's a quantifiable and repeatable phenomenon. You could argue that the success of stuff like Black Panther and other content that would never have been made a few years previously has shown this phenomenon can absolutely work in America too.

I'm Irish, we have a relatively shitty public service broadcasting system compared to the UK but it has still had an unbelievable impact on our general broadcasting landscape.

I see so many people asking how you solve the huge issues in US media and I think the answer is a robust, independent and well funded public broadcasting service.

A rising tide raises all ships. One of the purposes of the government funding stuff is to try to show private enterprise that these things can be worthwhile. And even without the private sector you get amazing results from a service that is meant to serve the people. Even if only a few thousand people watch something the service has been successful and every so often the service can show commercial entities how to do it properly.

Anyways rant over. Sorry but believe it or not I'm quite passionate about public service broadcasting. PBS should be heavily funded by the US government and possibly exclusively. Of course the issue is independence. Even the mighty BBC is feeling the pinch of government interference (please fight this people of the UK). But with some safeguards you can prevent this from happening. 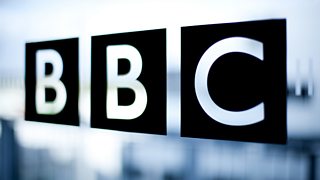 As an aside for those of you who say PBS is the same. No, it's not. It's a private corporation. It's funded almost entirely by donations that work a lot like advertising in the for profit world, which means big donors get to help decide what the programming is. Don't get me wrong, I'm a big fan of PBS.
But it's biased by the same issues for profit broadcasting and media is.