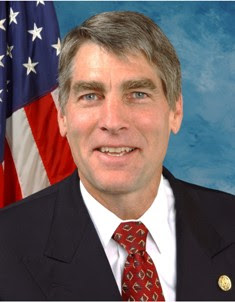 I received an email from a good friend who I have alot of respect for about my last post on Mark Udall, Colorado Congressman. He's got his supporters it would seem.

I'm also impressed with Udall himself. I emailed him directly and in less than 12 hours got a response that was similar to what my friend sent. The email from Udall was a cut and paste, but hey.. it answered my question. Rarely do I get a response to an email when I write a politician, and when I do, it's not on topic or some lame 'we appreciate your input' and then a pitch for money. To be fair to Udall, here's what my friend sent:

I voted for the Iraq supplemental spending bill because it will make sure that America's soldiers get the equipment and resources they need and the top-quality health care they may require when they come home. This bill holds the president and the Iraqi government accountable to the benchmarks they have set for themselves and it is an important step toward what I think must be our goal - a responsible end to the war in Iraq, based on a strategy of phased withdrawal, accelerated diplomacy and troop redeployment that avoids the crossfire of civil war.

The bill includes a goal of March 2008 for completing the redeployment of U.S. combat troops, and allows enough troops to remain to protect U.S. military and civilians in Iraq, conduct counterterrorism operations, and train Iraqi soldiers.

I remain convinced that we should steer clear of arbitrary public deadlines for military actions and focus instead on realistic diplomatic and political goals. Our military needs flexibility to be able to link movements of U.S. troops to the realities of the situation on the ground, and successful diplomacy requires this flexibility as well.

We are four years into a war the president told us would be short and decisive. The Bush administration's misjudgments, lack of planning and poor leadership have made a bad situation worse - and the "surge" is no substitute for what is needed, which is a strategy for containing civil war and a wider regional war.

I opposed giving the president the authority to wage war against Iraq, and whatever may be said about the wisdom of invading Iraq, the fact is that we are still deeply engaged there. So long as our troops are in the field, we must provide them what they need. And we must extricate them from this emerging civil war.

We need to be scaling back our military mission in Iraq. We need to make the U.S. military footprint lighter to salvage a critical measure of security and stability in a region of the world that we can ill afford to abandon.

The president's decision to take the nation to war has made our country less safe. We need to change course and chart a path that enhances our national security and sets the right priorities for the war on terrorism and struggle against extremists.