Where did User Generated Media start? My vote: Cheap Gear. 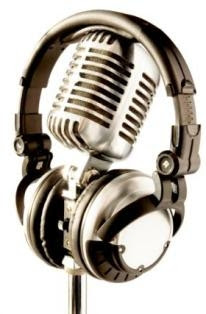 When I look at what's happening to the old media world (disintermediation, collapse of classified ad cash cows, loss of editorial control, erosion of readers/viewers/listeners under 30 etc., etc.) and think to myself, why is this? What's the base cause for it.. I come up with alot of possible answers. Things like low cost high speed internet connection, opensource software making it reasonably easy (and cheap) to start new businesses but, more than anything, I think it's Cheap Gear my mom can use.

I know this sounds simplistic, but I like to get to base causes. What's the one thing that we had to have before all the Web 2.0 magical poofy things that sucked in millions of average people with a computer was possible? My conjecture: It's Cheap Gear.

It's that hardware interface that takes life and turns it a mishmash of words, pictures, sounds and videos.

I'm looking at around my office and I have what's really a recording and video production studio. Nothing new there, but, what IS new is that this stuff is fairly easy to use and damned inexpensive by historical standards.

Here's a partial list: USB Mixer with digital effects, $149 and studio quality powered speakers: $199. Professional quality condenser microphone $69. Studio headphones, $19. 3CCD Digital hard disk camcorder, $499. Two 22" flatpanel monitors $600. 1 dual core desktop with 2GB RAM and a 500GB HD $800. Total cost? $2336.00. Software? Free opensource recording with Audacity and basic sound processing with Levelator. Video? Drop $50 for Vegas Movie Studio and you've got the equivalent of an AVID video editing bay from 10 years ago. If you have a Mac, all that software comes with it.

Not super cheap, but I can record a band, make podcasts, create and edit a video, all at a quality level as good as anything on the internet today and, with rich media, almost as good as the quality of about 1/4 of what you find broadcast today. Print pubs? I'm on par.

And you can do it with a lot less gear than I have (take out the computer.. you've got it anyway) and the real cost of the gear to create comes down to below $1000. A few hundred if you push it. Cheap Gear.

I have a full blown 'fits in the palm of my hand' recording studio (the Zoom H4) that can record a live concert at the same quality as about 80% of the professional live recording setups today. I just hit a button and point. It encodes it as an MP3 on the fly. I just plug it into my computer, and upload it to ClickCaster, iTunes or my blog. Instant concert recording system. Cost? $299. The first step in the system? Cheap Gear.

I've got a 6 Megapixal camera (Casio Exilim) that weighs 2 oz, takes semi pro level photo's and VGA (broadcast TV) level video (a couple of hours worth per 2GB SD card) that I can shoot a video with, take some snapshots and record an interview with that cost me $200. Same as the last paragraph, rinse, repeat.

I can set up and run a blog with my friends on any subject we happen to be reasonably versed in that can rival any 'professional' publications website with relative ease. All I need is free blog software, an internet connection and a $600 laptop. Cheap Gear.

Every musician I know has the ability to record themselves at home with cheap gear, make their own podcast and use YouTube, Google, MySpace and similar sites to promote themselves.

It all started about 6-7 years ago with really usable Cheap Gear. It's accelerated in the last 24 months. The power of the microprocessor embedded into low cost tools just about anyone can buy with high enough quality to rival 'the pro's'. And the kids (literally, kids.. like, 12) know how to use it.

Imagine what would happen if groups of regular people with a passion actually started combining all this media into print, pictures, recordings and video and gave it some relevant editorial perspective? Decided they could be a hybrid local newspaper/tv station/radio station for their local town? We used to say at Apple that the power of the press belongs to those that own one (picture of a LaserWriter Printer)... the ideas been around, but the tools, finally, have caught up.

The infrastructure and software tools that give them a radio station/TV station and newspaper all rolled into one are pretty much here too. The monetization tools for incorporating advertising are getting close to being real. It's like pirate radio stations, but it's legal and it's more. It's Pirate Media stations.

Nice article :) Use of cheap gear has really raised the number of Internet talk radio. It's really awry to imagine a situation when every Jack would open his own internet radio station!