I had an odd experience yesterday with my cellular provider.

It was a good experience. 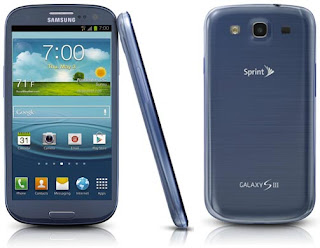 I know, right?  Who says that nowadays?

But it's true.  I switched to Sprint about 3 months ago.  I received a bill that had something on it that I didn't understand.  On a Saturday  I called Sprint and was on hold for less than a minute (huh.. that's new).  The person who answered was not a native English speaker, but it took me a few minutes to figure that out- which is great.  No communication issues there.

The charge was an extra $10 a month that made sense, but hadn't been explained to me by the store employee.  This, of course, pissed me off and based on previous experiences, I simply said "fine... screwed by yet another phone company" and hung up in disgust.

Several hours later, the SAME customer service rep called me back.  She told me she'd talked to her supervisor and they would remove the $10 charge, for 3 months, since no one explained it to me.

I know, it's only a $30 credit, but damn.... I have never had a phone company give a crap about a complaint I made before, let alone have them react to it in the exact right way: "We'll refund your money, but now that you know about it, and why, we'll charge it from this point forward".

So, they addressed my concern, they gave me a reward, and they preserved their ability to charge me that $10 a month without pissing me off every time I see the bill.

Maybe I'm wrong; maybe this was an anomaly of some sort, but if this is the 'New Sprint", I'm sold.