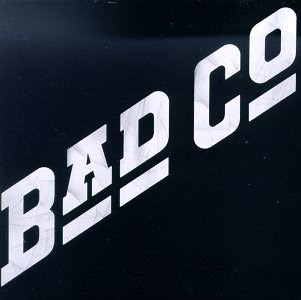 Over dinner this week, I had an interesting conversation that highlighted for me the different types of behaviors required in a big company corporate environment vs. a startup environment.

One really big one is passive/aggressive behavior. Oddly, in a corporate environment, this is a a positive survival trait, especially for executives. You nod and smile at your boss a lot. You may not agree, but you know you damn well better appear to be agreeing. If you don't, you get shut down right there and the opportunity to go ahead and do what you believe is the right thing anyway, and then sell it later (without getting shot in the head first) goes away.

To start something up inside of a BigCo, you need to have the trust of your immediate bosses, and enough leeway to do things under the radar. After a few successes on your part, the nodding and agreeing is done with a lot of nudge nudge wink wink kind of nonverbal communication from your bosses (you go do it anyway, just don't get caught too soon).... however, the whole passive/aggressive thing remains. You act as if you're a good boy, but you go do what you know needs to be done to create a new business or grow the existing business with new approaches. If it works, everyone's a hero. If not, well, you're boss gets to reprimand you, protecting his or her reputation. If it's bad enough, or the politics get particularly sticky, they may need to fire you to save their own skin. It's part of the game if you want to do anything truly interesting and creative inside a big company.

I know.. this has to seem weird to a pure startup guy who hasn't had to do this at a high level in a fortune 500 company. It's how corporate America works though. They are, by nature, risk adverse. The initial response to everything is: Wait. Let's do more analysis. Who's already doing this? What's the CEO think/know about this. Will it make me look stupid if I take this up the chain? You get the idea...Getting something done is really hard inside a BigCo. You have to break a lot of rules and try to avoid the corporate anti-bodies long enough to be successful enough that the guys running the place (usually the CEO/CFO/COO or CTO) buy into what you're doing.

That's been my job inside of companies like Paramount, MCI, Motorola and Apple over the last 20 years. Most successful BigCo's have people like this in them and tend to nurture them (even as they occasionally kill them off). It's just the nature of the BigCo beast.

So, if you're a startup kinda guy who happens to do your thing inside of large (usually) publicly traded corporations, you learn a bunch of behaviors that are very successful at starting new ventures inside BigCo's... and everyone who does this kind of work inside of big companies learns these behaviors, but I'm learning they don't translate so well to true startup land.

Nodding and saying yes to your board of directors 'because they said so' is not a good idea. At least, not if you don't fully agree. Especially not so for an early stage startup. especially if you're new to startups and think they must know something you don't and you do exactly what they say, even when you know in your heart there is likely a better approach, or what they decide doesn't sit well with you but you agree and do it anyway.

What I've learned the last 6 months is you (mostly) take the passive part out of the behavior (you still need to be pleasant to work with), tone the aggressive part down a bit (but not alot), and stick with that. Be up front, move fast, say what's on your mind. If you disagree, say so, and talk it out until you come to agreement.

Things move too quickly and there are a million other things to worry about in a startup. You don't need to bring old BigCo survival techniques from a long lost land with you to the party island of Startup Land. Nosiree... Leave that shit on the boat.
at July 09, 2007

Great post. On my 3rd startup I recruited a bunch of BigCo individuals and I got to learn first hand all about passive aggressive behaviors. In the end I left the company I founded, but I took with me the lessons and the "vocabulary" you need to survive with in a BigCo.

Good post Scott. I left all that behind a year ago and never looked back. Once a company gets large it becomes a survival skill that you learn or you get wacked by the guy across the hall, and you never see it coming. It's a much different place and a key to the inertia of a large company. I think its valuable to someone's overall carrier to have 'been there' once however, you just have to recognize it for what it is.

That's a great acid test for a would-be entrepreneur - if you're working in a company that supports or rewards passive-aggressive behavior, you're not an entrepreneur!

I started my working career three years ago and very quickly learnt within the startup company,that even an employee, you need to be entrepreneurial. BigCo's do have their perks that startups dont however!

Excellent post. You hit the nail on the head. I used to be in the start-up world and currently work for a Fortune 100. The corporate anti-bodies are especially virulent in my organization. Passive aggressive IS the name of the game for corporate survival.

Scott, really interesting post. Thanks for putting these thoughts down. I'm considering doing the corporate thing, having done the entrepreneurial thing for the last several years, and imagine that the communication skills will be quite different.