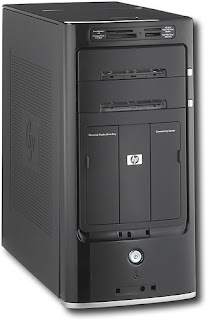 This means that the power behind the tools for things like heavy duty encoding at home are now affordable for almost anyone. The age of the professional amateur for audio and especially video creation of content really is only now as far away as the tools we create to make it easy for them. The brain melting costs of SGI's and quad core Mac G5s are a thing of a the past.

This is the kind of power, and the kind of price that any semi motivated aspiring film maker can lay down. Mix that with some $1000 HD (true 1080p) Camera's (see my post on Cheap Gear) and for about $2000-2500.. you've got what Pixar was spending really big bucks on and filling up rooms with not very many years ago.

The price of the gear that anyone can use to create content.. really good content....just keeps getting lower.

That means the barrier to entry (for the bad and the good) get's lower right along with the price.

It's going to take people some time to figure this out and to learn how to use the tools, but in about 18 months or so, I'll bet you see Sin City quality 'amateur' movies popping up all over the place.
at July 07, 2007