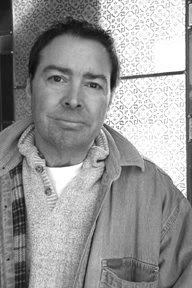 We lost a friend last night. Jon Henderson passed away after a 9 year battle with cancer.

I met Jon through boulder free radio where he and his brother David played some fantastic hippie shit music and blues. I saw him many times over the last several years playing gigs, at Conners and, the last time, with he and David at the Boulder Theater a few weeks ago.

He was happy, and he never ever complained, although we sometimes gave him a hard time about how his hair grew back all curly after particularly onerous cancer treatments.

The last thing he did on this earth was visit Conners for a few beers with friends, something he dearly loved to do.

These last words from Jon:

And then in his own writing:

So sorry for your loss. I've been an entertained lurker on your blog for quite a while but this drives me to post.

Worked for you at Apple, you probably remember me.