Jason and Ryan on Boulder, CO.

of the Foundry group have a great post up on why they're glad they live and work in Boulder, CO. 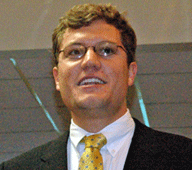 comment on the post is golden and gives both an alternative view from Silicon Valley and shows some of the hubris (sorry Ben, but you do live inside the bubble) common among the digiteri from The Valley.

I'm from Colorado. I grew up in Boulder County. I always thought things moved a little slow for me and eventually got hired by Apple in Cupertino. I moved to Los Altos, dead in the center of The Valley from 87 to 96. I remember thinking the first year 'finally, a place going at the same speed I am'. Then, after a year of the that life, I spent the next 8 years trying to figure out a way to get back to Boulder. I finally made it back and I'm very glad I did it.

Some of what Ben says is true. There's no doubt that there's more money and more overall opportunity for entrepreneurs in The Valley. It is, as Ben notes, a huge ecosystem geared toward supporting startups.

However, our little corner of the start up world, for someone who wants access to some big university talent, a rich culture, a world class sports town in Denver, an environment every bit as beautiful as NoCal, a great community of supportive startup people around them and has a desire to live a full life, it's hard to beat Colorado in general and Boulder in particular.

I also have to take a bit of issue with the comments on the weather and great food. I remember thinking 'where are the seasons?' when I first moved to The Valley. There was this tree in the parking lot of Tower Records at the intersection of San Antonio Rd. and El Camino Real that would go from green to sort of orange for a couple of weeks in the October, but that was about it.

And,, regarding the food...we've got The Kitchen, one of the best places to eat between either coast and pretty much any other type of the best kinds of food you would want like real Mexican, Ethiopian, Caribbean, Indian, Nepali, Tibetan, Middle Eastern, French, Italian, sushi (yea.. great sushi) and, of course, lots of organic fare and multiple natural food shopping markets not to mention a better steak then you'll find anywhere in The Valley, New York or Los Angeles.

You just can't beat Colorado, when it comes to steak, or Boulder, as a great place to start a company.
at April 17, 2008

Hi Scott: I agree that Boulder / Colorado is a great place to start a company. If your ONLY criterion is chance of success starting a tech start-up, you should be in the Valley. But hopefully one has broader needs like lifestyle, weather, etc. Boulder scores high on those fronts.

My comment was more directed at Jason's point that his west coast deal situation has improved since moving to Colorado - I just can't see that sustaining in the long term. Where you are based matters. Where you live matters.

Scott- I think Ben is right from a business point of view. Besides starting a company, try growing a company and getting enough technical talent.
As to food, come on Scott, you may have a good restaurant here and there, but you don't have anywhere near the variety or depth of choices that metro area like NY, San Fran or even Miami have. There is more to sushi than tuna and yellowtail.
I like Boulder, it is beautiful, but like people I know from Long Island, don't delude yourself into thinking it is the center of the universe!

All I can say is a guy has to stick up for his home town. :)