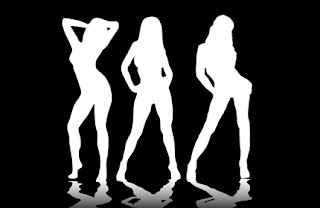 The Nitro. A strip club (no alcohol) brings attention to the fact that Boulder has no laws about adult entertainment within city limits. Apparently they jumped through all the appropriate hoops to get set up and opened in the heart of Boulder off our pristine and upscale Pearl Street Mall. Not getting a liquor license eased them in under the radar and now the city leaders are 'shocked.

Not sure why this would be a big deal though. Boulder is touted as a deeply liberal and progressive community. Drugs in personal quantity are generally tolerated, why wouldn't adult entertainment fall in the same bucket? What someone likes is, afterall, what they like. As long as no one's getting hurt and everyone's having fun, why would anyone be 'shocked'?

I'm not a strip club person (the last time I went was, I think, 1992, with a bunch of buddies), and I doubt I'll ever visit Nitro, but I think it's a normal thing that's going to happen and if you try to suppress it, negative elements tend to get involved. Let it be. If there's demand for it and it's done with a bit of class, vs. the generally grungy drug and prostitute soaked 'average' strip club that's shoved into some dark dank corner of the county, it's a overall positive.

The Local CBS news opened tonight with a report on it. The city manager, who they interviewed, said, when asked why there wasn't a law against it, something like "maybe there should be". Let's hope the city doesn't over react and act like self righteous moral cops. Boulder claims to be a place where diverse ideas are embraced. Drive around and you'll see bumper stickers that say 'Keep Boulder Weird". I say: Yea. Let's.
at December 14, 2007