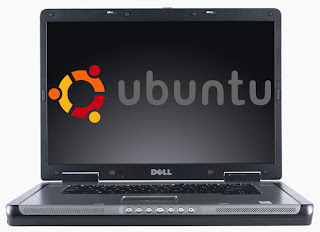 I've got a lot of boxes (PC's) scattered around my life. Most run Windows XP, a couple are Mac OSX machines and exactly one runs Vista and as of a couple weeks ago now, my personal laptop, runs Ubuntu Linux.

I'm running the Vista and Linux boxes next to each other and now that I've turned off my CableTV and no longer find a need for MediaCenter software, it's a no brainer win for Linux (although there are Media Center like programs for Linux as well, I still don't need it).

There are hundreds of blog posts up about the whys of this so I'm not going to repeat it all yet again. Here's one, and another and another (you get the idea).

Even Bob, My IT director, a guy I've known for years as a Windows bigot (and I mean, B I G O T- I can't count the number of times I had to referee a flame war in email between him and one of our linux guys), also just made the change. All his servers, desktops and laptops are running Linux. I think he has one Windows machine still running to play games on, but that's it.

His reasoning? Vista. He considers it incredible resource hog requiring huge amounts of memory and processing power (with no advantage to the user) and a form of DRM infection (among many other 'really serious issues').

When hard core lifelong Windows guys who make their living off of knowing the weirdness of Windows switch to Linux, you know something's up.

Me? I just want a machine that runs my Firefox browser. I live about 95% of the time on the web. The only times I work locally anymore are on presentations and particularly large spreadsheets (OpenOffice!) and multi-track recording (Audacity!)- and yes, both are free and both run great on Linux. Everything else is a website and GoogleDocs.

The vast majority of people using computers today don't care alot about getting deep into technology. They want to create and edit documents, presentations and spreadsheets. They also want to do email and manage contacts and calendars. And, they want to access the internet via some browser that supports the functions websites support through Flash and Java (any browser will do, really- unless is Safari on an iPhone... but I digress).

That's about it. I would bet that list above covers at least 80%, and maybe even 90% of the people using computers today.

Ubuntu Linux, finally, meets and exceeds those needs. And it does it in a way that's as easy to install and use as Windows XP and easier to use day to day than Vista.

Oh.. it'll run quite nicely on a 3 year old laptop to boot.

I wonder if Microsoft (and Apple, for that matter) really understand what's going on out there with this shift to web based services and free easy to use and fully compatible Opensource software vs. standard shink wrap software. I know both (particularly Microsoft) are trying, but that legacy boat anchor around their necks makes looking up and seeing that mondo wave come at you really, really hard.

I now have a free and very viable alternative to Windows and OSX. It's not quite ready for my Mom to use, but damn it's close.