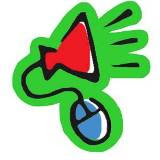 ClickCaster Inc. has donated 1% of it's equity to EFCO, the Entrepreneurs Foundation of Colorado. This is a very worthy organization and we are proud to be a part of it.

ClickCaster Inc., a provider of worldclass IPTV & Media Middleware Platforms announces it's support in EFCO, the Entrepreneurs Foundation of Colorado.

[ClickPress, Tue Oct 09 2007] The company has pledged to donate one percent of it's overall equity to EFCO, a program targeted at angel and VC backed companies based in Colorado. The organization is focused on creating an endowment that let's young companies, through the gift of their equity, give back to the communities we live and work in.

"We learned about EFCO several months ago and decided on the spot to participate as soon as it made sense" says ClicKCasters CEO, Scott Converse. "Being part of the local community and giving back to the different institutions, organizations and entities that make Colorado such a great place to start a company is something every young company should consider doing".

ClickCaster is joining a growing group of Colorado based early stage companies in helping to build a permanent endowment to provide community grants for arts, civic involvement, education, the environment, and health and human services. Upon a liquidity event, the cash or stock that has been given by participating companies will be distributed to the appropriate Community Foundations.

About ClickCaster Inc.
ClickCaster Inc. was incorporated in Sept. of 2006. ClickCaster's technology has matured into a premier media middleware platforms with the ability to handle virtually any media type available today. With an emphasis on IPTV, ClickCaster and it's partners provide server and client device products and services to meet the most demanding needs of our customers. ClickCaster was founded by Scott Converse. He brings his expertise from companies such as Apple Computer, Paramount Pictures, Motorola and MCI to create the best media delivery platform products in our targeted markets available today.