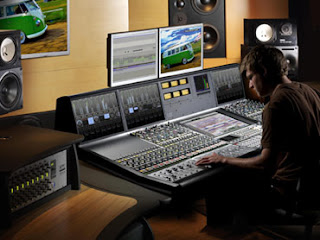 Bungie, the makers of Halo, and 'owned' by Microsoft, have taken controlling interest of their company back from Microsoft.

So what you might ask? Well, considering this one game, in it's three iterations, is somewhere around a billion plus business all by it's lonesome, it IS a big deal.

This is very similar to Pixar doing all the Merlin work for Disney.

I'm wondering if we're seeing the beginning of a new relationship model for software companies that, in some ways, reflect the Hollywood system.

The independent studios (software companies making cool products) sell a single, specific property to a particular software company. Instead of being bought by Microsoft, you sell a specific product to Microsoft for an amount similar or maybe a little less what they'd buy you for, but you stay independent as a company/entity.

Microsoft still gets it's 2 year's out of you (you sign up to support and grow the product just as company founders bought by Microsoft are usually required to enter into a 12-24 month employment contract to work for Microsoft as part of the deal terms), but in this scenario you're not a Microsoft employee.

You get the benefit of money and/or stock for your product but keep your independence and freedom to innovate outside of the stifling environment most BigCo's (including most technology companies) operate in.

Microsoft gets your source code for that particular product, the customer base for that specific product and a significant part of your mindshare working on things for them for the next couple of years.

One year, it's Microsoft, another, Apple, another, Google, then maybe an interesting Oracle or Cisco side deal for that code that supports a smaller product they're interested in exploring. You expand your staff to handle the various relationships.

I wonder if smaller companies can learn a little from this Bungie deal and, maybe, take some pointers from the entertainment worlds loosely coupled studio system as a way of doing business in the future.

Seems, at least to my aging brain, like a better fit for startup founders than the current 'go public, get bought or go away' model we live with today.
at October 06, 2007