Media Meltdown? Nope.. it's the aggregation of old and new media 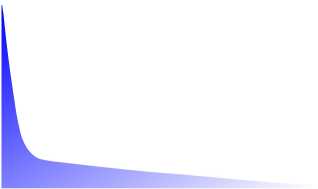 Chris Anderson, of "The Long Tail" fame has some interesting figures on traditional media.

A couple times a year, I take a statistical look at mainstream en

tertainment and media in decline. All figures are year-on-year comparisons unless otherwise noted. (The last version of this, from November, is here).

What does this mean? It doesn't mean the end of the old media world. It means that the trend that was first spotted back in the 70's by Tofler (Remember 'The Third Wave'?) is continuing. Media is becoming more dispersed. The methods of distribution are becoming more varied and the audience is becoming more segmented.

The opportunity lies in embracing the splintering segmentation and getting ahead of the technology, just enough, to aggregate what makes sense and ignore the rest. A good example of this is Feedburner (www.feedburner.com).

The recently announced that they will be creating aggregations of feeds targeted at specific audiences. They'll, in effect, take RSS content, put a managing editor in charge of the 'collection' and make it available with a headline (like: VC blogs, or Indie Podcasts).

Sound like a new take on that venerable old media institution the Newspaper or Magazine? Yea, does to me too. It's editorial perspective from a trusted source (i.e. the managing editor persona.. usually someone well known, respected and trusted in a specific community of interest).

Pretty clever on Feedburners part. They're collecting feeds from 100's of thousands of places (and getting paid for the service), then, they segment and create editorial perspective around collections of the feeds. This drives marketing dollars (i.e. advertising) to their feeds which puts more money into people's pockets that host their RSS feed with feedburner, and creates additional value for the aggregated collection of 'trusted' feeds around specific interests.

I take it back, not pretty clever, frakkin brilliant. Not only do they not disintermediate the hand that feeds them (traditional media and new media alike) they make it more valuable individually, and collectively. All the while, potentially, creating entirely new classes of 'super' managing editors.. like Brad Feld, who's doing the VC collection of feeds... and I predict, will be one of the main 'go to guys', globally, for anything VC, media and blog related 12-18 months from now.

He's who the editor of the New York Times will call first on matters of VC importance. The question that comes to mind for me is: who's likely to be more listened to by the people that matter in that particular area of interest in late 2007? The NYT's or Brad and other RSS feed managing editors? I love it.