Does Apple believe in OpenSource? Really?

By ScuttleMonkey on on-the-road-again Today Apple announced a few expanded open source efforts. First, beginning with Mac OS X 10.4.7, the Darwin/Mac OS X kernel, known as "xnu", is again available as buildable source for the Intel platform, including EFI utilities. Second, iCal Server, Bonjour, and launchd are moving to Apache 2.0 licensing. And finally, Mac OS Forge has been launched, as the successor to OpenDarwin as a conduit for hosting projects such as WebKit that were formerly hosted by the OpenDarwin project's servers, such as WebKit. Mac OS Forge is sponsored by Apple. DarwinPorts has already moved to its own servers. Update: 08/08 01:43 GMT by J : The official Apple announcement is now out. Other fun news: Leopard will ship with Ruby on Rails. 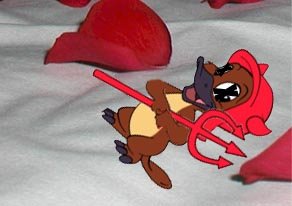 Something tells me this isn't going to work. They originally tried this with Darwin and formed OpenDarwin. Just last month, that community of developers shut down the project. The reason? Apple didn't play well with others. From: http://www.opendarwin.org/

OpenDarwin was originally created with the goal of providing a development environment for building and developing Mac OS X sources as well as developing a standalone Darwin OS derivative. OpenDarwin was meant to be a development community and a proving ground for fixes and features for Mac OS X and Darwin, which could be picked up by Apple for inclusion in the canonical sources. OpenDarwin has failed to achieve its goals in 4 years of operation, and moves further from achieving these goals as time goes on. For this reason, OpenDarwin will be shutting down.

Over the past few years, OpenDarwin has become a mere hosting facility for Mac OS X related projects. The original notions of developing the Mac OS X and Darwin sources has not panned out. Availability of sources, interaction with Apple representatives, difficulty building and tracking sources, and a lack of interest from the community have all contributed to this. Administering a system to host other people's projects is not what the remaining OpenDarwin contributors had signed up for and have been doing this thankless task far longer than they expected. It is time for OpenDarwin to go dark.

Project admins for all active projects have been notified, and we will be working with them to provide as seamless a transition to their new homes as possible. We don't want to boot anyone off, we will be operating the machines as usual for several months, until everyone has had a chance to move elsewhere.

We will continue to provide email and dns redirection after the machines go dark. We'll be looking at what other redirection services are needed and can be provided after hosting has ceased.

The OpenDarwin team would like to thank everyone who did contribute to the project, and our apologies to active, loyal projects that have to move.

Thanks,
- OpenDarwin Core Team and Administrators

So I've got to wonder if this most recent attempt by Apple isn't something along the same lines. What's different here? By what I can see, not much. Same people at Apple. The likely result: Same indifference. Apple is, by nature, a closed ecosystem. Look at the Mac. Even more so.. look at the iPod/iTunes juggernaut. If there's one thing that goes against all things Apple, it's the concept of OpenSource (unless, of course, it benefits Apple in a way that lets them take, but not give back).

If I were an OpenSource developer, I'd take a long hard and cynical look at this before I spent my time and energy on another Apple 'OpenSource' project.
at August 08, 2006