Apple Arrogance.. knocked down a notch 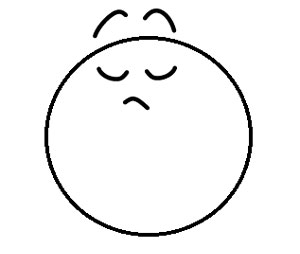 Apple does the right thing! After doing the oh so wrong thing (and losing in it's attempt).

At least they know when they've lost and to quit being idiots.

Apple will not pursue its case against bloggers and insider websites,
according to court filings that surfaced this week. Earlier, a California
appeals court extended First Amendment protections to bloggers and online
publications, including PowerPage, Apple Insider, and ThinkSecret. The
original ruling also extended the Shield Law of California, which protects
the right of journalists to conceal their sources. The latest development is
a victory for online journalists, as well as the Electronic Frontier
Foundation (EFF), which defended the case against Apple. Over the next
several months, the ruling could also have a strong impact Apple and its
upcoming iPods releases, which are already the focus of heavy speculation.

When this first happened is when I started to really retool my opinion on Apple's general good intentions. Why would anyone SUE a blogger that was creating free pre-product hype around things coming down the road?

Does Apple actually think it's being truly innovative enough that no one's thought of a general product category (like a mixer that works with GarageBand... the subject of this lawsuit)?

It took me a while to really grok this (although I've always known it intellectually) but....to date, Apple hasn't actually introduced a single 'new' thing. By what I can tell.. not once in it's history. Even the PC, credited to Apple, was a second generation product (The Altair was there first). Graphical User Interface? Stole it from Xerox Park. HyperCard? Ever Hear of Xanadu Steve? iPod? Sorry.. Creative and Archo's where there first.

Basically, Apple takes OTHER great ideas, and makes them mainstream enough for people to understand and buy. And it market's them brilliantly. That's it. That's Apple's magic.

And no doubt, it's good magic. Hard to do well. But hardly revolutionary. It's really just good execution on good ideas, sexy packages and kick ass salesmanship.

Suing someone for 'leaking' their top secret oh so special unreleased product info (especially for a company so driven in the publics eye by hype) It isn't just silly, it's arrogant.
at July 13, 2006