Do you care about Net Neutrality? You should. 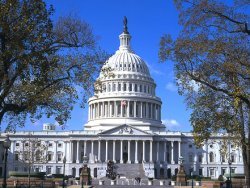 What's the big hoopla about Net Neutrality? Why should you care?

Well, you should. It means less choice and less competition, especially in our world (internet startups).

It's very likely that ClickCaster, a podcasting company based in , would not exist if we had to pay 'extra' fee's beyond the costs we currently pay to provide our service. Frankly, if low cost high speed bandwidth hadn't been available when we started ClickCaster... well, we simply wouldn't have started it.

The low (relative) cost of bandwidth, and the fact that we're on a level playing field with Apple’s iTunes, Google, Yahoo and Comcast (as far as the internet is concerned) is what enabled us to start the company.

Take that away, add additional costs to getting the company started, and it's possible and even likely we just wouldn't have done it at all.

Here's a quick overview of something in USA Today that sums it up nicely:

Cut out the little guys ability to get started and you radically cut the number of potential big guys down the road. The end result: A few monopoly like players that control the market AND a lack of innovation. Most of the 'cool' stuff the big guys do comes from little guys they either copy or buy up. A few of us little guys actually grow up to BE big guys. And that keeps things moving forward. ClickCaster wouldn't exist today if the net weren't neutral. If we were required to pay 'extra' just to compete at the same level as the big guys (fast bandwidth, nicely shaped packets that get to our customers at the same time and same speed as Yahoo Video's, or iTunes) we simply wouldn't have started the company. We'd be working at Comcast or Apple or Yahoo. We'd be doing interesting things, no doubt, but true innovation? Not so much.

Email your congressman or senators. Tell them you actually care about Net Neutrality being real because, in the long run, you really do. It may not be obvious to the average person today, but it effects you, your children and your work, in a big way.