RIAA has a new law firm 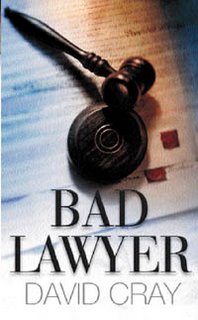 A Denver based lawfirm has taken over the RIAA's effort to sue the record companies customers into bankruptcy.

Since the RIAA doesn't seem to be listening to the entire worlds view that this is really a bad idea, maybe their lawfirm will. Someone's got to try to talk some sense into these RIAA guys. Maybe if everyone sends a fax or leaves a voicemail for them, or even sends a letter (for some reason, law firms don't do email well) they'll get the message and talk with their clients at the RIAA about how this is hurting their business far more than it's protecting it. Contact info for the lawfirm is below:

Don't get me wrong. I'm no fan of stealing media. I buy my musics, movies and TV. But the approach the RIAA, and by extension it's law firm, is taking is slowly killing the music business as we know it. Now, that may be a good thing (I'm honestly not sure on this point) but there will be a very painful interim period before we shift to whatever's next that, in my view, will make it harder for the working musician, producer, budding movie maker, to make a decent living.

If the current industry would just think about embracing (and helping to shape) the change over to a digital media world instead of kicking and screaming as it's dragged into said digital world, well, everyone (content creators, distribution companies and consumers) might be better off.

The RIAA has now ended its relationship with Kansas City-based law firm
Shook Hardy & Bacon LLP, moving to Denver-based Holme Roberts & Owen LLP.
The news first surfaced in the Kansas City Business Journal, though the
involved parties declined to offer specific reasons for the shift. "Our
contract with them ran out, and they have moved on to a new firm," said
Trent Webb, chairman of the Shook Hardy intellectual property litigation
practice group. The RIAA indicated that the movement would not disrupt its
ongoing pursuit of individual file-sharers, a strategy that continues to
draw criticism from both inside and outside the recording industry.

A contract with the RIAA certainly spells a steady stream of work, though
the maintenance on the account could have prompted the shift. More than
18,000 lawsuits have been issued in the United States, though thousands
remain unable to pay, or simply deadbeats. Shook Hardy reportedly hired a
subcontractor to handle inquiries related to the lawsuits. Negative press
could also be a factor, though most of the "dead grandmother" and "single
mom" stories put the RIAA in the spotlight, not the hired law firm.
at March 14, 2006

Something is amiss in France. There seems to be alot of instability there. This is an intriguing blog. I'm Paul from BFR. I'll introduce myself if you go to the podcaster meetup.