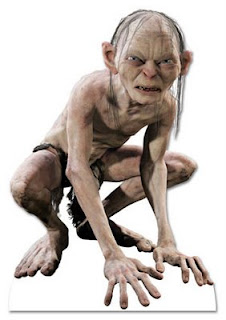 That is the question.

Startups have a devils choice to make when they create new products and services, especially if it's a new area where the process patent's applicable.

But should we do it?

Brad Feld doesn't much care for software patents. Others, such as Jason Haislmaier, a local IP lawyer, beg to differ.

I recently went to an intellectual property crash course for entrepreneurs that Jason gave to a packed room. Most of what he talked about I knew, but much of it had been forgotten over the years. It was enlightening.

Of course, I had to take into account the messenger. Jason makes his living creating IP value by doing things like helping guys like me to create patents. But, he made some excellent points.

He relayed a few stories about how, for instance, a company without much revenue recently raised 30 million in funding based almost solely on the value of one patent they held. And, of course, he pointed out a few things like the famous Amazon one click patent that, if nothing else, got Amazon substantial attention early in it's life that helped it garner the attention it needed to help build it's business.

Brad's post about BigCo's patent machines is true. I worked for Motorola and once spent a week offsite at a retreat with 20 other technologists from my divsion and 4 lawyers. We produced about 200 patentable ideas (many completely unrelated to our area of development 'but good anyway, let's write that one up too'). This team of lawyers (one of many) does nothing but draw out patents from engineering folks. They average 10% hit rates (200 applications = 20 actual patents). They put these patents into their arsenal (their word) and use them offensively to stop competitors from entering markets and defensively to cross license with other patent holders in markets they want to enter and, finally, to create revenue (over a billion dollars a year in license fees).

So, as a small startup, how do you not apply for any potential patent you can?

It's how the game is played.

Without them you're at a distinct disadvantage if you decide to enter a market that already has big players (especially if you're goal is to disintermediate those big companies). Case in point: Vonage. The VoIP provider scared the living bejesus out of the telco's and a tsunami of patent infringement lawsuits from the telcos quickly followed.

You're also at a disadvantage when it comes to funding for your company (as noted by Jason above) or when you're selling your company (when the buyer adds value to your company because of patents you hold that it can add to it's 'arsenal' when they buy you).

If you do file, you're perpetuating the evil use of patents to quash innovation (and software patents most definitively are used to quash innovation). In our world, an idea is good for a few years (almost always less than the 'life' of a patent). The primary use of a software patent, frankly, is the ability to threaten others to stop innovating (and competing, with you).

And, the cost of getting patents, a drop in the bucket for BigCos, can be huge to a startup.

You know the 'right' thing to do is to avoid filing patents for things that are, to you, obvious, but are you doing right by your company and your investors if you don't file? Are you lowering your individual value in the market to do the right thing for the overall market? (sadly: yes, you are).

This is particularly morally sticky if you're building your products on top of opensource code. Yes, you can still do patents, but the reality is, if 1000's of people hadn't donated their time, effort and creativity to put the opensource code you're riding on top of into the market- free to use and build on, you would never have gotten to the point where you'd be able to create the cool patentable feature or function to begin with.

It's a devils choice and one that to this day I struggle with whenever one of our developers shows me a 'wow, that's a way cool feature' I haven't seen before. This is compounded by realizations that we're doing things in completely new ways (process patents!) using technology the BigCos aren't even aware of yet at costs that are orders of magnitude below what it costs them to do business.

To date, I've fought the urge to patent. We filed some provisional patents early in our company's life, but we didn't followup with a full application when the 12 months the provisional patent gives you was up. What we were doing (Podcasting) was so new there wasn't any established business to be threatened (and afraid of).

Our company is moving into a new space now, one with lots of big rich companies that will view what we do as a potential threat. That works to our advantage if we decide we want to sell ourselves to one of them (I would bet we get an offer to be bought in 24 months at the outside, and more likely within 12 months). It limits us at the same time though. The option of going head to head with them in the market (and raising money via an IPO) is a more difficult decision at that point.

Unless, we have a bunch of patents to protect ourselves.