How this founder found the right CEO 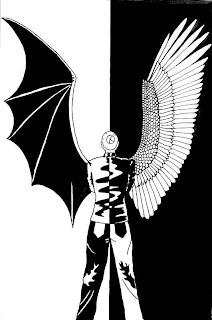 During the last 9 months I've had the 'happens more than you think' founders experience of bringing in the wrong CEO, and then bringing in the right CEO. It was an incredibly enlightening experience. What I learned is obvious in hindsight, and it's pretty simple, really, coming down to one don't and one do.

1) Don't put your trust in others judgment, implicitly, of a potential CEO's fit.

I love my investors. They're great people and I continue to communicate with them regularly and several of them still regularly give me great advice. In this particular case, my investors help in hiring my first CEO didn't work out very well.

This was largely my fault.

This fellow came highly recommended. However, my initial impression of him during our first meeting wasn't positive and I ignored my instincts. It wasn't that he wasn't competent, it was just that we didn't particularly like each other all that much. We had several more meetings and, still, the click wasn't there. But he'd been recommended by folks I trust. They'd been involved in many startup companies and matchedup founders and CEO's many times. My mistake was not listening to my own instincts and saying yes, let's bring him on, before I was sure it was a good fit.

When you're working in a startup company, and assuming you're still involved in the day to day, the person you bring in to run your company has to be someone you really click with. You don't need to agree on everything (it's likely better that you don't.. that way you'll have honest debates and solve problems more quickly with multiple brains), but you need to have an honest respect for each other's point of view. If one person doesn't have equal respect for another persons POV, that's a recipe for trouble. Again: blind agreement on everything is bad, but respect is required.

2) Do trust your instincts & spent as much time as you need to to get a real feel for the candidate.

During the time things were going downhill with CEO #1, it was becoming clear that one of us wasn't going to stay. I had no idea if the person leaving would be me or him (he was the chosen guy my investors had brought in, afterall. I'd heard all the stories). So, I started talking to lots of people about what to do. Part of these discussions invariability turned to starting new companies.

I explored many potential options with alot of different people. One person, in particular, I really clicked with. We discussed a particular business idea and decided to explore things a little further. He brought in a third potential partner and we started fleshing out the idea in off hours. He was employed at a large local company so we met during the weekends and evenings. This went on or about 4 months with many meetings, discussions, disagreements, realizations and general getting to know each other over dinners, coffee's and beers.

During this time things came to a head at my existing company between CEO #1 and I. I came to the conclusion he wasn't going to leave and between the (perceived) support I assumed he had from the investors who brought him in and my "I'm liking this" rule falling way below 50%, I decided to make things easy for everyone and I offered my resignation which CEO #1 was quite happy to go with. My investors had a different take. To my surprise, they asked CEO #1 to resign and handed me back the keys to the car.

So, I had my company back.

Part of this process was my own realization that founders often find hard to come to and that my investors realized early on: I needed help to take the company to the next level. I'm really good at alot of things, in particular, I build great teams and great products. I'm great at getting things fleshed out and started up. I'm a good 'early early stage' CEO, but I'm not the guy who takes it to the next level. I realized that I'm merlin. But I'm not King Arthur. Maybe someday, but not now. In the meantime- every Merlin needs a King Arthur.

I brought this up with my 'other company' guys and the thought immediately entered my mind: Why not this guy I've been spending time with figuring out how to start a company? He has a deep understanding of my companies business (his bigco job was related to the same industry), he's trying to figure out how to start and run his own company, I loved the way he was going about it and, hell, I really like the guy.

The first time I brought it up with him was during a phone conversation that started out talking about the other company. I just out and out asked him: "would you consider coming on board at my current company as CEO?". He didn't even hesitate. He said he'd be honored. He's now our President and CEO.

Of course, I could still be wrong, but I really doubt it.

One really nice side effect was the growth of my circle of friends and associates that I can now call on for help and advice, and, maybe someday, as potential partners in other future ventures. This is something all successful entrepreneurs, I suspect, either know intuitively or, like me, have to have pounded into their tiny little brains through brute force. Either way, it's invaluable.

The simple and obvious lesson? Trust your initial instincts and spend the time to verify them. It may take a few months, but it's worth it. It'll save you and everyone else involved alot of headaches.
at February 18, 2008

The good part in taking the instinctive decision is even if the CEO #2 doesn't come up to the expectation, you wouldn't think of resigning :), solely because it was your choice.

I'm about to go through this situation myself - it's great advice and something I wish I'd listened to earlier in my process. In my case it was the investor who I didn't click with but I didn't listen to my gut instincts. Hopefully the product will still be successful in the end.