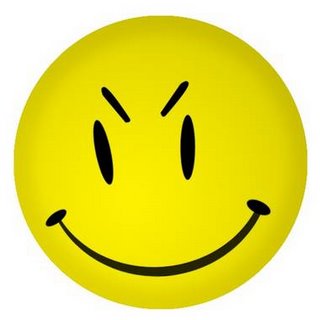 Apparently, Wally World is feeling the heat from the digital age and worried about sales of those blobs of plastic we lovingly call DVD's. From a story by Tim Arango in the New York Post (click on this entries title for the full story):

Several weeks ago, in the midst of rumors that Apple was close to announcing a deal with Disney, Wal-Mart's David Porter - the executive responsible for stocking the retailer's shelves with DVDs and CDs and whose influence is so immense in Tinseltown that he's been named to Premiere magazine's annual power list - made the rounds of Hollywood studios.

His message, according to a studio exec involved in the discussions: that there would be "serious ramifications" if the studios hopped in bed with Apple.

"They threatened to hurt us in terms of buying less products," said this person.

"Serious Ramifications"? I'm pretty sure those are the exact words used by the Mob's lawyer in The Godfather while talking with a Senator about who would, or wouldn't give them access to the casino's of Las Vegas. Movies, imitating life, imitating movies. Spooky.

With $5 Billion (yep, a B) in DVD sales in Q4 alone, Walmart is by far the largest distributor of movies in the US. This gives them some pretty heavy cred in Hollywood. It's similar to how Blockbuster Video used to help the studios 'decide' what movies would be funded (and not). If you do a historical evaluation of the types of movies sold from the time "BB" (before Blockbuster) and after, you'll see a large number of 'formula' movies spike up as Blockbuster became the McDonalds of Movie distribution.

Now, with DVD players costing $39, it's about retail, and who's the king of retail in this country? Walmart, of course. And so the power curve shifts.

Walmart cuts the price of current DVD's, and makes most of it's profit from DVD's on the 'inventory'. The other 50,000 title's it carries in it's DVD section, where the price is generally higher. But it's limited by the amount of shelf space each store can carry.

Walmart, to date, hasn't been able to translates it's strengths in the logistics of retail overly well to the online world. Largely due to fact that the barriers to entry online are a little less than the cost of building 4000 Walmart stores to blanket the country (does Longmont REALLY need 2 Walmarts? One one on each end of town?).

Our own experience with ClickCaster bares this out. Although nothing close to the potential scale of Apple, we've recently cut a deal with the folks over at Gameznflix (www.gameznflix.com) who have access to a library of thousands of (mostly older) video products that include things like pre WWII cartoons, Hitchcock movies and other stuff that you just don't find on at Walmart (or iTunes). Classic long tail stuff. Their cost to put this up? The price of labor to upload and a broadband connection. They get paid everytime someone downloads a copy though, and the cost of building a 100,000 SF supercenter never enters the equation.

If Apple (and companies like GamezNflix, using technology from companies like ClickCaster) can effectively carry catalogs of digital content that, once encoded and uploaded to a server, have close to a zero distribution cost, the games changed forever. Just look at the music industry for a preview.

How can Walmart compete with this?
With #1, that puts Walmart on the internet with digital movie distribution. Goodness. More competitors means better distribution/choice and better pricing for consumers. But how to compete? There's no differentiation between Walmart, Apple, Amazon or GameZnFlix on the internet (remember the old New Yorker comic: "on the internet, no one knows your a dog"?). The billions spent to create barriers of entry via their brick and mortar stores just doesn't matter in this world.

With #2, they'd up their numbers, but the only way to really carry every movie ever made would mean converting entire Walmart supermarts to massive DVD stores. Even then, they'd miss a few of the more obscure titles (companies like ClickCaster are already making it possible for someone to make an indie movie, upload it and sell it online at zero cost to the movie maker until the movie sells when a cut is then taken by the distributor.. but not before). And the cost of managing the physical inventory would make them uncompetitive with the near zero cost of digital distribution.

With #3, well, I'd expect the DOJ to get involved if they actually DID anything to retaliate against the studios (or any content providers). You can't go around saying "use the new guy and I'll break your legs". I know Walmart's similar to the Mafia in many ways, but this would be just a little too blatant, even for our business friendly culture.

So what's going to happen?

It'll take 5 years, maybe more, but with broadband more ubiquitous then dialup, and computers more than powerful enough to run people's media lives (including their TV's), the power base will shift.

The movie industry can get in bed, fast, with the digital distribution guys, or it can end up like the recording industry, losing double digits in sales year over year and suing their customers.

There will always be demand for high quality, highly produced movies. But it'll drop off as more and more interesting content from the rest of us becomes available.

When I can buy an HDTV quality video camera for $600, with a built in 40 gig hard disk, I can make a movie. Will it suck? Yea, that's likely. Will all of them suck? Nope. We see it now in the music world. You can buy a studio quality mixer and mics for $300. Software, $100. Computer, $500. $900 (new) and you've got a real recording studio. And don't tell me that the quality of music has gone in the toilet. What we're seeing is really good and some great musicians are now able to create their own 'albums' (whatever that means nowadays) and distribute them through multiple channels (iTunes, MySpace, Raposdy, and a dozen others) that were never available to them before. They are very effectively bypassing the recording studios. What's different here between the movie and recording industries? I'm not seeing much difference at all. The only real difference is the movie industry has A CHANCE to do it right. Will they? I sincerely hope so.. but I have my doubts.

And Walmart, in the end, becomes the place you can buy the fewer and fewer big budget movies made and distributed as overpriced blobs of plastic for your $39 walmart DVD player.
at September 23, 2006