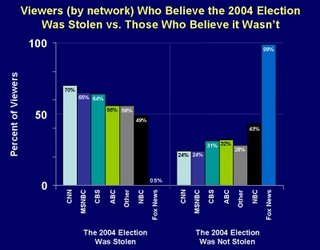 Was the 2004 Election Stolen?
Republicans prevented more than 350,000 voters in Ohio from casting ballots or having their votes counted -- enough to have put John Kerry in the White House.

GREAT article in the Rolling Stone on how Bush did, indeed, rig the 2004 election. Lots of pretty compelling arguments and statistical analysis that shows that's what happened (Bush being elected) was, pretty much, impossible. I love the title. That question mark at the end is one of the tricks networks like Fox use to make accusations without having to support claims. Kind of like saying "Could your mother be a whore?" (Thanks to Jon Stewart for this example). An excerpt from the article:

But what is most anomalous about the irregularities in 2004 was their decidedly partisan bent: Almost without exception they hurt John Kerry and benefited George Bush. After carefully examining the evidence, I've become convinced that the president's party mounted a massive, coordinated campaign to subvert the will of the people in 2004. Across the country, Republican election officials and party stalwarts employed a wide range of illegal and unethical tactics to fix the election.

So what you say? Nothing we can do about it now. True. But you can effect the next round. Get your butt to the polls this November and vote. Plain and simple. Enough people are aware of this that it's unlikely they'll be able to pull it off again (and since it's not a presidential election and alot harder to coordinate since it's so distributed, it's unlikely they'll try, or so we can hope). 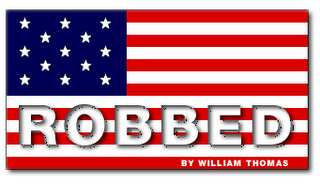 Read the article. It's intelligently written, full of facts and level headed. Every American should give it a good read and spend a few contemplative moments thinking about what it means, and what they need to do to make sure it doesn't happen this way again.

Click on the title of this posting to go to the article, or use this: