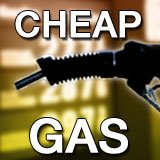 Noticed how drastically the gas prices have come down the last month? I get gas as Costco, and go sometimes 3 or more weeks before filling up (thank you Toyota Yaris) and I keep my receipts. The last price? $2.97 for regular in Mid Sept. Today? $2.29. That's a significant drop. Think there's any connection between that and the upcoming elections? Did you know that Bush's popularity rating is more directly tied to the price of gas than just about any other single polling measure out there? It is.

An article appeared this Saturday in the New York Times pointing to some unusual trading by Goldman Sachs in the gasoline futures market. As Raymond Keller, who spotted the article, points out, "They always hide the good stuff in the low circulation Saturday edition."

The article's worth reading. One telling paragraph from the New York Times article is worth repeating:

President George W. Bush nominated Henry M. Paulson, Jr. to be the 74th Secretary of the Treasury on June 19, 2006. The United States Senate unanimously confirmed Paulson to the position on June 28, 2006 and he was sworn into office on July 10, 2006. Before coming to Treasury, Paulson was Chairman and Chief Executive Officer of Goldman Sachs. So what does Goldman do just weeks after Paulson is sworn in as Treasury Secretary? It announces a subtle move that drives down gasoline prices, short-term. Nice move, coming just months before the election.

Give it a read. It's titled "Change in Goldman Index Played Role in Gasoline Price Drop" by Heather Timmons. The article is here (signup required).