RED HERRING | Google Sued for $5B 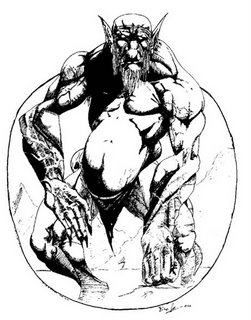 RED HERRING | Google Sued for $5B

This is one of those things that makes me wonder about the legal profession.

These guys are called patent trolls. They buy up obscure patents from various places, then they sue companies for money. Usually, the 'firms' are made up almost entirely of lawyers.

I'm not defending (or condemning) Google here. But I am reasonably sure that Google didn't steal any patents. The nature of our patent system encourages this kind of activity and I can't say it's good.

Big companies like Motorola and IBM often patent the hell out of pretty much any idea they can. They have offsite weeklong patent parties with 20 engineers and a couple of lawyers that do nothing but come up with potential patents once an idea or technology they've been working on takes shape.

They then use these patents to shut down competitors (rarely) and more often, they 'cross' patent with other patent holders when there's a possible dispute. It's actually a clever way of protecting their own IP (we'll share with you if you'll share with us). As large corporations go, it's almost altruistic (well, not really, but sort of).

But these patent trolls are evil. While I was a general manager at a CLEC (Competitive Local Exchange Carrier) company awhile back, my group was served by one of these firms. We were (by phone company standards) small. They were going after small weaker companies trying to get us to settle to set a precident that would then allow them to go after the big boys once they had some wins in their court. In this case, it was for 'transmitting multimedia over cableTV infrastructure'. Isn't that called 'TV'?

Hmmm.. think of the ramifications if they won that one. I left the company before it was settled (and yes, we decided to fight it rather than lay down). But the fact remains: it's a form of predatory legal action that's more than a little distastful.

And more importantly, it's something that kills innovation and destroy's American companies ability to invest and create new technologies. And yea, it's an American problem because our patent laws support it.
at December 30, 2005