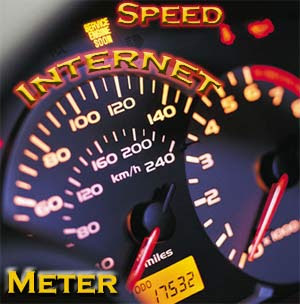 In Beaumont, Tx. only, for now:

Time Warner Cable will launch a trial program on Thursday which will impose monthly Internet consumption caps on new subscribers in Beaumont, Texas. Following a two-month grace period, cable users will pay $1 for each additional gigabyte consumed beyond the cap.

They claim 5% of the users are 'using up' 50% of the available bandwidth.

First, I'd ask: and how much capacity is actually still unused? If it's less than 100%, isn't that just efficient use of resources by your users? As long as it' not causing overcapacity issues (and they have never said that it is), why is this an issue?

Second, they imply that only the bad guys (those wretched Bittorrent users stealing music and movies) are the ones at fault.

Not so. The article goes on to say:

Time Warner's bandwidth caps might seem like acceptable limitations at first glance, but they look a lot less attractive when one considers the growing number of important services we use that soak up lots of bandwidth. The Internet is increasingly being used as a vector for distributing software and digital video content and also facilitates multiplayer gaming, video conferencing, real-time collaboration, interactive remote desktop access, file backups, and many other bandwidth intensive activities.

Add in a spouse and 2 or 3 kids with their own computers, and it gets stupid expensive at $1 per GB past the 40 alloted pretty damned fast.

It never ceases to amaze me how bigco's can shoot themselves in the foot.

I'll bet the DSL providers out there (who have alot of POTS and Internet business taken from them in the last 10 years by CableCo's like Time Warner) are rubbing their hands with glee hoping all the Cable Guys get on this boat. This won't hurt the WiMax guy's proforma either.

Our CableCo, Comcast, hasn't jumped in yet, but I'm still calling Qwest about that 20MB pipe they're selling into homes now first thing tomorrow.