Games: Bigger than the Movies 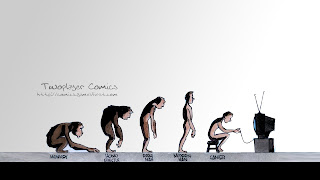 Microsoft grabbed first-day sales of $170 million on Halo 3, the latest edition of its ultra-popular Xbox series. The tally easily eclipses any first-day album sales total, though it also bests record-setters within film and other forms of media.

The comparable, record-setting total in Hollywood comes from Spiderman 3, which grabbed estimated worldwide debut-day revenues of $117 million - and $151 million over the course of its opening weekend. Halo 3 also trumped the recently-released Harry Potter and the Deathly Hallows, which shifted 8.3 million copies on its opening day.

Microsoft quickly trumpeted its newfound record for the highest-grossing launch day in entertainment history. But the biggest rewards could come from ramped sales of Xbox consoles, especially ahead of the critical holiday sales season. The result further reinforces the ultra-powerful role that gaming now plays in the entertainment world, and that stronghold is attracting more promotional energy from labels and artists.

Man o man.. not me. It's REALLY clear where creative people who are also interested in getting the biggest return for their time and the invested buck should be focusing their energy.