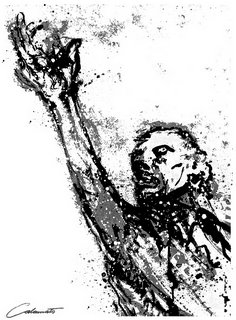 So.. Google actually IS trying to not be evil. They're fighting the government's demand.

It has just come to light that the federal government is trying to force Google to reveal all searches conducted in a one-week period, as well as records for 1 million Web addresses.

What remains unclear is why the government would need records from Google--which is, after all, a private company and not an investigative arm of the Department of Justice.

Yahoo Inc., based in Sunnyvale, Calif., acknowledged on Thursday handing over search data, but insisted no personal information on users was given to government attorneys. The disclosure followed reports that rival search engine Google Inc. had refused to comply with a similar subpoena, issued last year.

What the hell, let's just start over. How about throwing out that pesky constitution thing that keeps getting in the way and writing a new one (Hey Mr. Attorney General... whip something up for us and slip it into that case titled 'The Constitution"...no one will notice, at least not for awhile).
at January 19, 2006