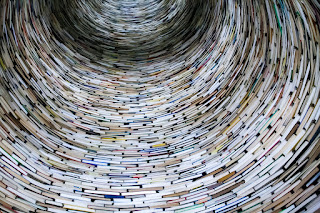 A story on this our local NPR station did: "As News Deserts Encroach, One City Looks At A new Way To Fund Local Journalism"

Let's put unbiased local newsrooms into a place that's not obvious, but when you think of it, makes more sense than anywhere else: The local public library.

It's clear that libraries have become the center of unbiased non-profit information dissemination in America. It's where you go for guidance on how to find information on things you're interested in. It's also one of the few places in your city you can go to today and not be expected to buy something.

In a recent New York Times opinion piece by Eric Klinenberg, he makes the argument that we need to support our libraries more, not less.

Why not really focus on making them an integral component of our communities though?  Libraries all across America are moving toward this idea of being the primary information center for the community, regardless of information type.

Boulder, Colorado has a full-blown makerspace with tools and printers and laser cutters that are packed with patrons from the moment it opens to the moment it closes every day.

There are even libraries that provide 'newsletters on the happenings in the community' that turn into actual weekly's and online publications, fulfilling an essential need where towns have lost their local newspapers to the insatiable appetite of Google and Facebook pulling out almost all of the local advertising revenue, leaving little to nothing for real local newsrooms to operate on. 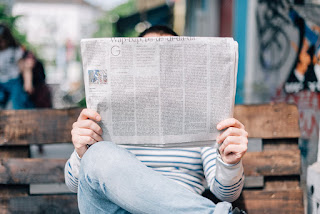 Personally, I'd like to see my local library take on the role of a local newsroom, producing information about what's going on in our community, just like local newspapers used to. Why a library? Because it's our communities long term memory. It stores the newspapers from 100 years ago. It keeps a record of our town's history and it provides guided access to information that's about facts, first and foremost.

To remove a book from a library because you don't like it requires you, almost, have to kill a librarian. They are badasses when it comes to unbiased access to information.

Can you think of a better place for a newsroom that's focused on local community information to existing? I can't.  Personal privacy, freedom of information and freedom of the press are key components of our society and all of those are enshrined in practice and law at American libraries.

Even what's left of our local newspapers are under attack by monied interests determined to squeeze out the last few cents of profit possible. Our community has a Digital First owned newspaper.  That, in turn, is owned by a hedge fund in NYC that could give two craps about news in my (or your) hometown.  They're sucking the final profits out of a dying business (local for-profit news). They shut down their office and not a single reporter from this shell of a newspaper has even a co-working space desk to operate from in our town now.  100,000 people. They work out of another city. The few reporters left cover multiple 'beats'. For us, the 5 or so reporters in the area cover 7 cities and 3 counties. A far cry from the dozens of professional journalists that used to cover Longmont. 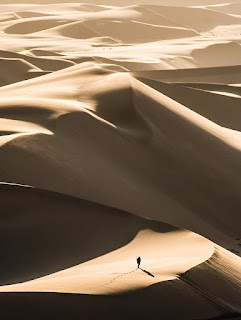 Local news is essential and vital to the civic health of a town or city. Citie's that lose their newspapers and become news deserts (almost 2000 cities in America over the last 10 years have had this happen) see many costs to their communities from higher crime rates, more local political corruption, lower school scores, more opioid deaths and even higher borrowing costs for municipal bonds.

What better place than the local library to base a non-profit newsroom?

Libraries of the 21st century are becoming far more than places for just books. They are building out maker-spaces in their buildings now.  Some have community museums, high schools and senior centers in them. They're about community services, not just books, but what they're really about is knowledge sharing and learning. Newspapers are on that same continuum of knowledge sharing and learning that libraries have been brilliant at for centuries.

Just like a library, local news can help bind a community together.  It can inform and enlighten.  It should be accurate and honest and it should give us insight into our government, our schools, our businesses, our neighborhoods, and our town.  It can embody where we live and be the heartbeat and memory of what happened last week, a century ago, and everything in between.

Today's news organizations are under attack.  By the ruthless cold AI driven profit engines of social media like Facebook, Nextdoor and Twitter where opinion and gossip have taken the place of actual vetted unbiased news, search engines and Amazon's desire to make all things publishing oriented available only through them and by government officials who cry 'fake news' and focus on large centralized for-profit news entities that are vulnerable to the whims of these politicians and advertisers.

Imagine 10,000 local distributed non-profit independent newsrooms focused on their community, housed in the local library, reporting on our day to day lives, for us.  No desire to sell you something.  No need to try and influence or convince.  Just news. Locally focused news on the mundane but essential components of our schools, our government, our businesses, our families and our friend's lives. These newsrooms would be untouchable by politicians or the advertising-driven for profit needs of today's news business model.

But how to fund it?  There is a way that could work in any town in America.  All they would need is a library, or the desire to have a library.

The germ of this idea came from a fellow named Simon Galperin who wrote an article in the Columbia Journalism Review titled "Journalism is a public service. Why don't we fund it like one?"

Why not indeed?  But convincing a local community to create a 'Communication Information District', as Galperin proposes, is currently a hard sell.  Not because it's a bad idea, but, because it's a new idea.  New ideas are hard to grasp by large groups of people and can often take a very long time to be accepted by the general public.

But libraries don't have this problem.

Why not put every library in America into its own special tax district (as many libraries already are) to fund that library.  As part of that library create a local newsroom with a staff of reporters and editors with a video and audio editing capability (also accessible to everyone in the community to use) to cover the day to day happenings in that town?  Covering the local government, schools, businesses, social life, and entertainment. Acting as a place that holds together the community.

This 'newsroom' entity could also replace the aging network of underused public access TV studios that were funded decades ago by the Cable Communication Act of 1984.  Part of that act was to create PEG (public education and government access) stations.  Although these stations/studios once were an important part of local media in communities across the country, they, along with the rapidly accelerating 'cutting the cord' activities of people nationwide have made cable TV, and by extension, local cable franchise fee supported public tv studios, far less relevant in day to day society.

Today, video on the internet has replaced the old TV model.  Just as podcasts have taken a larger and larger roll in place of traditional analog radio stations. 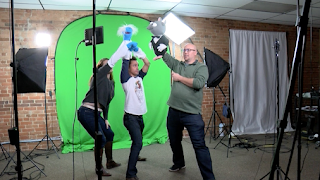 A video and audio production studio in a library isn't just a good idea, it's something that's already happening across the country. Just look at White Plains NY's library who moved their cable access studios into the local library.

Libraries are already repositories of newspapers (if they can find them nowadays... often, they aren't even available anymore, or the hedge funds want to charge 10's of thousands of dollars for the right to access them), why not make them the home of non-partisan, locally focused news, as well as the archiver of it.

You could set this up as part of the Library Special Tax district (well established laws in all states) and protect it's independence with a set percentage of the tax districts money that can't be taken away by the libraries board (creating journalist integrity and the essential ability to not be influenced by anything other than the needs of the community) and writing into the library tax district bylaws protections for the integrity and independence of the newsroom to ensure the newsrooms focuses on the needs of the community and not any special interests.

For those who wonder if tax dollars can effectively be used to create quality balanced news, you don't need to look any further than what many believe is the best news organization in the world: The BBC (British Broadcasting Corporation), which is funded mostly by taxes on the countries citizens and the selling of it's content (produced by the tax-funded divisions) internationally.

Communities that lose their local newspapers all suffer.  A recent study done by the University of Notre Dame and the Universtiy of Illinois found that cities without locally active newspapers shouldered higher costs across the board.  From lower test scores in local schools to higher crime rates and even higher borrowing rates for things like city bonds to fund public works projects. They even see substantially less civic engagement as outlined in an article titled "When local newspapers shrink fewer people bother to run for mayor"

As Jacob Passy writes in MarketWatch: "Higher taxpayer costs can come about in other ways. The closure of a local newspaper was also shown to lead to high government wages, more government employees and higher taxes per capita. “Local newspapers hold their governments accountable,” the researchers wrote. “The loss of monitoring that results from newspaper closures is associated with increased government inefficiencies.”

It's likely that it would even save money for local government.  Today, our city spends at least 10's of thousands of dollars on advertising and subscriptions in the for-profit hedge fund owned newspaper as well as money paying for 'public notices' that are required by law be published in a local newspaper. All of that money is currently taken out of the city of Longmont and sent back to billionaire hedge fund owners in NYC.  Why not spend that money with this newsroom?  A paper version could easily be created that contained these public notices, available at the library, through USPS subscriptions and, of course, online (available to the entire population of the city from their phones).

And all that money spent by the city would stay in the city.

Public notices are a requirement for all cities in America and make it even easier to justify the creation of local newsroom and publication housed at your local library.

The level of civic engagement and transparency in communities with this kind of hybrid local non-profit newsroom and library institution could both replace the dying newspaper business of yesteryear and provide a new vibrant way for cities and towns across America to better take care of both themselves and their residents. 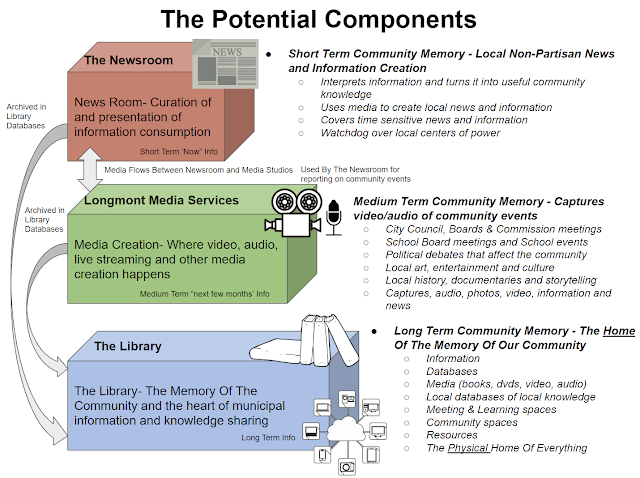 I don't know if this is something that will come about, but, I do think that this may be one of the best solutions to fixing a problem that's fast approaching our community and other communities across the country.

Update 5/10/19: An article published on this and what's happening in our community in the Columbia Journalism Review: https://www.cjr.org/united_states_project/longmont-information-district-library.php