TinkerMill- Time For Me To Move On 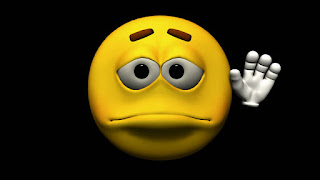 It's time for me to leave the leadership of TinkerMill, the Makerspace, to the next generation of members.

Monday, 7/25/16, was my last Board of Director's meeting and a new board was elected Tuesday night.  After three years, I'm no longer part of the team running TinkerMill and am now just a regular member.

TinkerMill started in May of 2013 as the simple idea that I  wanted a makerspace in Longmont, where I lived.  I'd been a member of denhac, the Denver hackerspace, and was tired of driving to Denver multiple times a week.  So, I started talking to people.

First (among several people) was the VP of education at SparkFun, Lindsay Levkoff.  She and I met at City Cafe, one of my favorite places to eat, and decided, 'yea, this is a good idea'.  She had a URL called "TinkerLab" which we considered as the name.  We settled on TinkerMill though because one of the first places we (almost) rented was an old flourmill.

So, we used meetup.com (highly recommended).   I posted a meetup and thought, if 4 people show up, we'll have a second meeting. 6 people showed up and we haven't missed a weekly membership meeting since.

We created bylaws, a board of directors, documents, structures and processes for protecting the membership and a culture that, apparently, is working well.  I served as president the first two years, and the last year as a director on the Board of Directors.

As of early July, 2016, we have around 400 paying members making TinkerMill one of the largest makerspaces in the USA.

It's become a true melting pot of people from all walks of the creative life.  From bits - computers and software - to atoms - metalwork, pottery, woodshop, plastics, robotics, blacksmithing, welding, wetlabs, glassworks, silversmithing, music, amateur radio, recording, art of all types, scouts and other kid friendly learning, sewing, prototyping and coming up with new art, products, companies and, well, just creating and innovation in general.

It's also become a place with over 100 classes a month (often more) on everything from how to use a 3D printer or lasercutter to how to throw and fire pottery to how to program arduino chips and build robots and drones to how to develop a new game (software, board, cards, dice, you name it).

Everyone at TinkerMill is an expert at something.

It's, (initially) by accident, then intentionally, turned into a kind of incubator/accelerator and center of entrepreneurial activity for the area.  With members from all over the front range, and several small companies forming and growing within TinkerMill's walls; new products, businesses and primary employment are being created in a place, and in areas of interest, that have never happened before in Longmont.

Although I'm the original founder and had a significant part in getting it started, the real star here is the membership itself.  The members of TinkerMill made it what it is today.  In the last year, we even found our new, very capable, leader:  Ron Thomas, our full time Executive Director.

One person can't create a group of creative artists, craftspeople, scientists, developers, engineers and entrepreneurs like this though.  Even the membership can't really do it alone.  It's something an entire community has to get behind and that very much happened at TinkerMill.

The City of Longmont (Sandi Seader in particular, as well ad Harold Dominguez) have been very supportive, with the City Council (in a 6-1 vote) providing us with a $60,000 grant for equipment in our 2nd year, which helped jump start our membership due to the great tools we could buy.  Other entities in the business community were also really helpful, especially the Longmont Economic Development Partnership (Jessica Erickson) and the Longmont Community Foundation (Eric Hozempa).  The State of Colorado awarded us a $50K advanced industries grant.

We even worked with Eric H. to create a kind of 'small' investment granting entity he named Longmont Ignite that helps find and fund great ideas from entrepreneurs at TinkerMill.

Brad Feld, a very well known venture capitalist in Boulder County (who's home is in a Longmont zip code no less) and his wife Amy Batchelor sponsored one of our bathrooms (a Brad thing).  Brad also is helping Eric H. with the Longmont Ignite fund, or so the rumor goes.

There were many others as well.  Hundreds of people from all over the community, too many to name here, unfortunately.

We've been visited by dozens of different entities from around the country (and world, a S. Korean TV station did a special on how TinkerMill and makerspaces in general are the future of education) and inspired, we're told, more than one other makerspace in Colorado (one of the first being our sister city:  Loveland, and their Loveland Creatorspace.

So, it is with a slightly sad, but satisfied, heart I leave the leadership of TinkerMill.  I wish the new leadership a smooth and fruitful journey and I look forward to whatever the next adventure might be.

If you've got something that you think I might be interested in or could help you with, I'm around; feel free to drop me a line.