Silicon Valley is Hollywood for geeks... and not in a good way

Brendon Wilson from TechVibes has a pretty interesting post comparing Silicon Valley to the Bio-Dome.


Silicon Valley believes itself to be a self-contained, self-sustaining ark of innovation. To hear technology industry luminaries tell the tale, there is simply no better place to achieve your geek dreams than Silicon Valley: there’s money, there’s brains, and therefore (the theory goes) there’s success. Much like Woody Allen, Silicon Valley casts itself as the romantic lead in its own movie and the rest of us willingly suspend our disbelief. We hail pimply-faced youths on the covers of our magazines and marvel at the virtual success they’ve achieved, even if it defies all rational explanation.

I view the situation somewhat differently. Instead of thinking of Silicon Valley as a self-contained innovation ecosystem, I think of it more akin to Biosphere 2, a self-contained environmental ecosystem that spent the majority of its existence trying very hard to kill its own inhabitants. 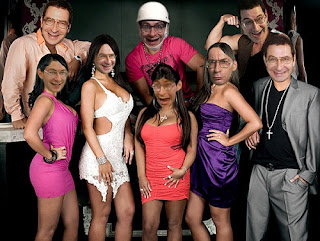 Silicon Valley has a tendency to eat it's young and throw out it's old. Oh, sure, there are the grey beards (Canter, Winer, Dvorak etc. etc.) but once you're into your 40's, if you haven't made it already and are part of the Angel network, you're pretty much toast in the Valley. If you're under 30, generally, you can take a few hits but The Valley does it's best to use you up and burn people you out.

The bright eyed beautiful people star wannabe's come to LA all full of energy and hope. They network, they try to meet the 'right people', they work their asses off, they pitch themselves over and over to get a part so they can get into the game. Some of them (a tiny percentage) make it. Most burn out by 30 and end up as a hostess at a club, a gopher at some tiny production house or a bit player in B and C movies or never aired pilots. There are a huge number of people competing in a small geographic location  for access to a few hundred king/queen makers (producers, directors and studio execs) running the show.

Replace the king/queen makers with VC's and well known angels. Replace the beautiful people star wannabes with brilliant 20 something techwizkids and you get a very similar social interplay among all the players.

I've lived in both worlds (Worked for Paramount Pictures in Hollywood for a couple of years, and at Apple in The Valley a little under a decade). I've seen it up close and personal.

The people are really different, and being a technology guy, I of course like and prefer The Valley personalities, but the social dynamic is still quite similar in many ways.

As a result of the intense competition for resources (be it money or brains in the valley, or money and looks/star power in Hollywood) these two groups are generally out of whack with the rest of the world.

Oddly, these two groups are who personify much of what the rest of the world admires about America, and who both tend to wield unnatural degree's of influence in their respective areas (entertainment and cutting edge technology/branding).

I won't get into politics here but the 'winner takes all' nature of America in general is, largely, worshiped in both these environments. And since the rest of the world seems to want to re-create these environments for themselves, and tries to copy The Valley and Hollywood models (pretty much always failing, but each time getting a bit closer), I can't say this is 'good' for the world in general.

It's too concentrated. Like Brandon's Bio-Sphere analogy, it's a closed loop system without enough human feedback. That all important human element that the rest of the planet tends to work well within is largely missing. It's all purely market driven.. meaning: profit, the buck, the biggest box office, the largest funding round or the largest IPO listing.

It tends to kill the people that live and work there. Or, at the very least, it sucks out their souls and leaves bitter and burned out husks; even the ones with alot of money.

For example, let's use the poster child for Valley success.  Apple.  I just finished reading Steve Jobs biography and, well, wow.  This was a guy who's life I would not want to live.  If this is what it takes to be 'the best':  obsessive, narcissistic, abusive, extreme perfectionist, an asshole, I can think of better lives to live.  He created the most (rated by dollar value) valuable company in the world, but at what cost?  A sense of complete entitlement and a belief that the rules (ANY rules) didn't apply to him.  An alienated child he originally disowned who never grew to like (or trust) him.  3 kids by one women who were neglected (two, basically, ignored).  Friends who couldn't trust him and regularly talked about how often he lied (called Steve's 'reality distortion field') how to manage his childish tantrums (which continued up almost to the day he died) and what a self centered asshole he was.  What did he get?  5 or 6 'great' products, some hit movies, some screwed up kids, the last 2-3 years of his life living in extreme pain and misery, death by 57 and a company that was so controlled by his will and ego it can't possibly continue it's success more than a few years now that he's gone.  This is the goal?

When I was at Paramount, during my first couple of weeks I had a meeting with Johnathon Dolgen, then CEO of Paramount, to pitch a project.  I brought in a presentation on paper to go over with him.  He came in, sat down, looked at his assistant and said 'get me a bottle of aspirin', looked at the stack in front of him, put his hand on it and shoved it, hard, across the table sending it flying.  He then looked at me and said 'you've got 5 minutes, why am I here'*.

Life is short.  Relationships (friends, family, trusted associates) are rare and to be treasured, not abused.

I think our little corner of the world here in Colorado has a far better balance with people that are far less self centered and far better integrated into each others lives and society in general.


*Because someone will ask:  Yes, I took out a blank sheet of paper, drew as I talked and the project was funded and approved on the spot.  He gave me about 30 minutes, not 5.  Kerry McCluggage, president of Paramount TV and Dick Lindheim, SVP of Paramount TV where also there- ask them.
at April 01, 2012