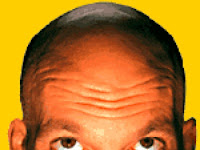 Create a facebook group to recruit and filter interns.

Brilliant! Simple! Obvious! Why the hell didn't I think of this?

Seth Godin, a guy who really gets the world in ways many don't, recently needed some interns (paid...so he was hoping for a good response) and boy did he get that response. Over 150+ applied from around the world. Then, he tried something clever, and very obvious, but to my knowledge not done before, to help filter them down to the 5 he'd actually hire: He started a facebook group.

Unable to just pick a PDF or two, I invited the applicants to join a Facebook group I had set up. Then I let them meet each other and hang out online.

It was absolutely fascinating. Within a day, the group had divided into four camps:

* The game-show contestants, quick on the trigger, who were searching for a quick yes or no. Most of them left.
* The lurkers. They were there, but we couldn't tell.
* The followers. They waited for someone to tell them what to do.
* The leaders. A few started conversations, directed initiatives and got to work.

Want to guess who I hired? (It was a paid gig and five ended up spending time with me in NY on a somewhat rolling basis). If you're hiring for people to work online, I can't imagine not screening people in this way. This is the work, and you can watch people do it for real before you hire them.

Did I say brilliant? Brilliant. He only needed five (paid) but also thought, what the hell, let's set up some unpaid virtual intern work using basecamp, see who signs up. Over 60 of the original 150+ applicants did and good things happened.

he does this every year. people who do free stuff for him get to use his name and say they interned for him. in fact, this summer i had an intern at techstars who was an intern for set last year. i don't think he ever met him. it sure got my attention though, i have to admit.