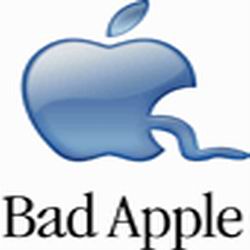 Apple, last year, sued a Silicon Valley blogger for releasing information about an unreleased product citing it was not news. They tried to force the bloggers ISP to give up the email addresses (in an attempt to find someone within Apple who was 'leaking' information). Click on the title of this entry to read the full story on Wired News (excerpt below):

Now, this is a minor thing from a business or technology perspective. In the greater scheme, who really cares if Apple's releasing some new hardware of software (other than Apple fans).

What IS big, is that this court decision sets a precedents.

It means that bloggers, or podcasters (such as those on our service at ClickCaster) have the same protections as a journalist in protecting sources.

Of course, the argument can be made that those protections are being slowly ground down by current government actions at the federal level (The "Judy's in Jail"... NYT's reporter spending a month or two in jail for not giving up sources), but, at least, bloggers and podcasters now have the same right to say no.

And ISP's won't have to give up emails to specific accounts at the drop of a hat.

Does it create an impenetrable shield? No. Does it make it harder for those who want to quash the flow of information out into the world? Yes. And that's a good thing.
at May 27, 2006