The New Media Legal World: Not worth livin in? 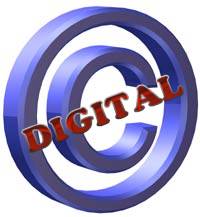 CNET’s Declan McCullough has the scoop on a new bill backed by the Bush Administration and about to be introduced by Rep. Lamar Smith (R-TX) that will greatly expand the digital copyright restrictions in the DMCA (Digital Millenium Copyright Act). Moreover, the draft legislation, the Intellectual Property Protection Act of 2006, will also expand federal police wiretapping and enforcement powers.

Even worse, the bill would expand section 1201 of the DMCA that bars trafficking in or distributing software capable of bypassing DRM systems to make it a crime to “make, import, export, obtain control of, or possess” such software. The legislation would also permit wiretaps in cases involving copyright infringement, boost the jail time for copyright infringement, create a new unit in the FBI for investigating copyright crimes and, most problematic of all, permit copyright holders to impound “records documenting the manufacture, sale or receipt of items involved in” infringements.

And it get's worse. From The Inquirer (http://www.theinquirer.net/?article=31256)

Details of the upgraded act, which has the blessing of the music and film industry and the Bush administration, are now coming to light. It appears that the DMCA will have a maximum sentence of ten years inside for the crime of software and music piracy. It will also give the FBI the powers to wiretap suspected pirates.

Although sentencing varies in the US, the new law does send a very strange message as to what the government considers 'bad' in the 21st century.

So in other words if you copy a Disney CD and sell it you will be in the same league as a paedophile who is distributing pictures of sexual attacks on children.

If you copy Craig David's CD you get ten years, but if you punch him in the face and pummel him into a seven day coma you will only get six. You are more likely to get the respect of the prison population with your six year sentence as well.

I have no problem with protecting intellectual property. That's a good thing. What I do have a problem with is giving a federal government that doesn't have much of a track record on applying laws in the interest of we, the people, in an overly fair and well thought out way yet more power to enforce much of anything. These guys have been showing us that they think having a little means they think they can take alot. At this point, at least for me, it's a trust issue. Can we honestly trust our federal government with powers like this? Based on the last few years, I'd say: not likely.
at April 26, 2006

Anonymous said...
This comment has been removed by a blog administrator.
11:06 AM

I can't think of a single non-profane thing to say about this.

Isn't there ANYTHING they can't fuck up beyond all recognition before they're out of office?