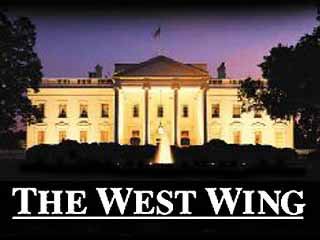 Well, that was something.

Tonight The West Wing on NBC did a live (as in, really live) debate between the democratic and republican candidates.

Here's what disturbed me: At the end, although I'd agreed with the democrat, I felt like the republican won.

Now, I'm a registered independant (yea.. we actually register here in Colorado as Independents). On some things I'm a little right, on most I'm a little left. And I'm no fan of the current form of republican in any sense. But, in this (albiet fake) debate, the republican was better.

Maybe it was because Hawkeye was the republican (and damn, I loved Mash). Maybe it's because Jimmy Smitts, the democrat, flubbed a few lines and seemed to lose his place without covering it up overly well (Alan Alda did too, but he covered well).

I'd like to think that I'd think about this... and after thinking about it, write off the republican. But it also made me think: You know... that was ALOT like the real thing. A sort of stiff democrat and a very likable republican. The personality thing played a much heavier role in how I felt about it at the end then it should have.

In real politics, I don't think of things like this (or DO I? hmmm..) happen. I would bet though, that if you just give things like presidential debates a passing glance, or go on what the guys at the office say they saw, you'd go for the guy you liked. Especially if he made it sound like it made sense (the writing on the script was outstanding, for both sides). And there's no doubt the majority of the population takes most politcs at passing glance depth.

My guess is this is THE reason Bush is in the white house right now. I mean the ONE and ONLY reason he won twice. We (as a a nation) like the guy. Can't say we think much of him as a president, especially nowadays, but we liked him at election time.

Ahh the power of emotion in the political process.

Anonymous said...
This comment has been removed by a blog administrator.
10:15 AM